Next up in our Discography is Madonna’s second single off her debut album (and was her debut single in Japan); Burning Up!

We have scanned and photographed a total of 19 different pressings of the single (7″, 12″ and CD) for you, including the original rare Spanish pressing ‘Ardiendo’ and various rare 7″! 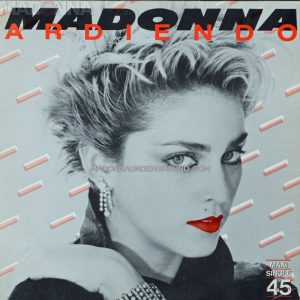