Madonna thinks Maluma looks ‘cuter’ than her in the Medellín music video: ‘I think he looks really handsome’

Madonna appeared on The One Show this evening for a chat with Rylan Clark-Neal and it seems like the Queen of Pop has a bit of a thing for her collaborator, Maluma. The 60-year-old teamed up with the Latin star for her Medellín music video from her Madame X album. Madge revealed she knows when she wants to collaborate with someone if they have a ‘twinkle in their eye’. The pair perform a seductive dance routine in the video and the signer thinks he co-star looks ‘really handsome’. ‘I think he looks really handsome – I think he looks cuter than me though,’ she joked. ‘I never work with people who aren’t willing to push the envelope, let’s put it like that,’ she told Rylan. Madonna on The One Show (Picture: BBC) ‘When I met Maluma, I said, “we’re going to work together, we’re going to go all the way.”’ Madonna also coaches the Colombian musician with his lyrics and encourages him not to be ‘too safe’. 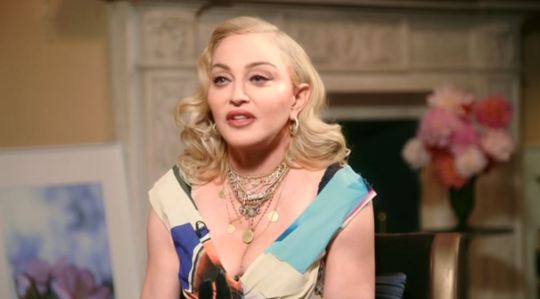