Madonna The Day I Was There book update 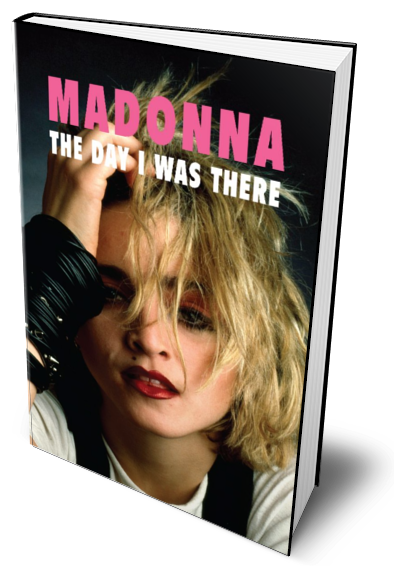 Recently released is The Day I Was There featuring over 300 eyewitness accounts of seeing Madonna live, whether it’d be at a concert, promotional gig or spontaneous encounter, you can read it all in here.

It’s not just the fans writing about their experiences but also from a lot of people that worked with her. There’s a chronologic timeline of the compiled stories, reading from as far back as Seymour Stein signing her to the very recent Madame X Tour. Especially interesting are those eyewitness accounts from people that worked with her early on in her career, it paints such a great picture of the determination and the sheer confidence she had in herself.

Madonna – The Day I Was There features over 300 eyewitness accounts of seeing the ‘Queen of Pop’ live in concert, taking readers on a fan’s eye view through the career of one of the most charismatic, talented and much-loved artists in music. The book also features accounts from many people that worked with the singer including dancers, photographers and musicians.

This is a unique view of the Madonna story featuring a wealth of fascinating stories, memorabilia and photographs that have never been published before, making this book a unique portrait of one of the most influential musicians of the past four decades. From early shows in New York right through to the current Madame X Tour and everything in between.

This special limited edition hardback is numbered from 1-500 and signed by the author. We can also offer a personal dedication hand written in this book.