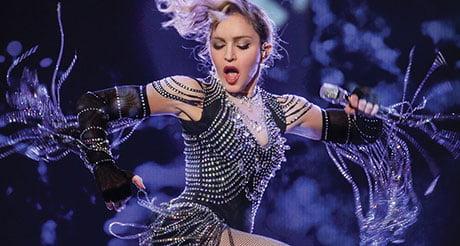 Madonna: Rebel Heart Tour aired in the US on Showtime

Produced by global entertainment company Live Nation and Showtime, the special is a two-hour compilation of footage from Madonna’s 2016 tour, which enabled her to become the highest-grossing solo artist in history, according to AHDI. It includes live material and behind-the-scenes images shot at her concerts.