Madonna says she ‘might’ perform with Taylor Swift again 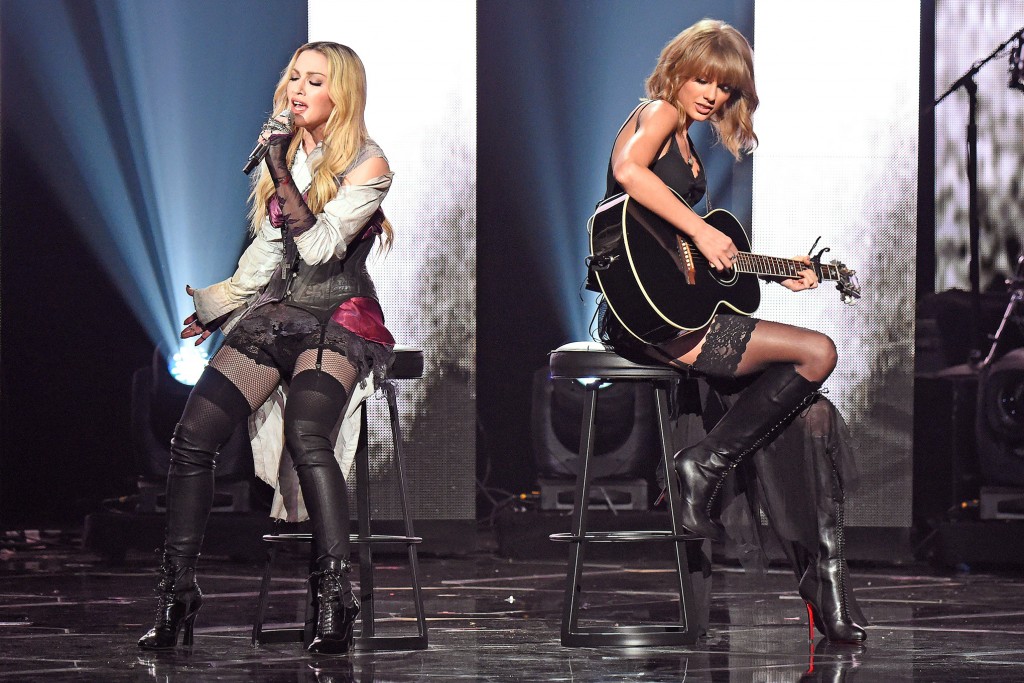 Andy Cohen served as guest editor of this week’s issue of EW—and, in it, he had a juicy heart to (rebel) heart with his favorite pop star, Madonna. After getting the scoop about the Queen of Pop’s upcoming tour, Cohen also got the singer to share her thoughts on another superstar: Taylor Swift.

The two pop icons performed Rebel Heart’s “Ghosttown” together at the iHeartRadio Music Awards back in March, but Madonna says that they didn’t intend for their collaborative relationship to end there. “We were actually gonna do something together on stage,” Madonna tells Cohen when discussing the instagram shoutout she gave Swift ahead of her recent 1989 shows at New Jersey’s MetLife Stadium. “I didn’t go to the show because I was rehearsing and I had to shoot a video the next day. I was kinda bummed.”

Cohen tried to tease out more details from Madonna about the stadium-sized collab that never was. “I’m not gonna tell you, because we might still do it,” she says. “You’re very nosy. You just want to know everything.”

So, bad news first: We don’t know what Swift and Madonna may have been cooking up. But the good news? It could still happen.