Madonna Says Her Son David Wears Her Clothes Better Than She Does: ‘It’s Really Irritating’ 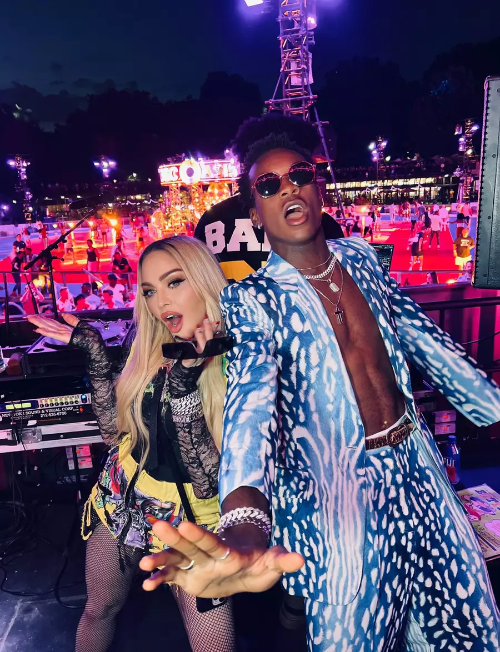 Madonna‘s son David Banda is en vogue — and she knows it.

The “Like a Virgin” singer stopped by The Tonight Show Starring Jimmy Fallon to celebrate her upcoming Finally Enough Love: 50 Number Ones, and amid discussing her legendary catalog of music, she also mentioned her incredibly fashionable son David, 16.

Host Jimmy Fallon asked Madonna how “my man Dave” was doing, and the singer jokingly replied that her son was “so jealous” that she was there with Fallon while he was elsewhere. As any proud mother would do, she then made sure that Fallon knew that David is working on music of his own, telling the host that he would eventually be a guest on the late-night talk show.