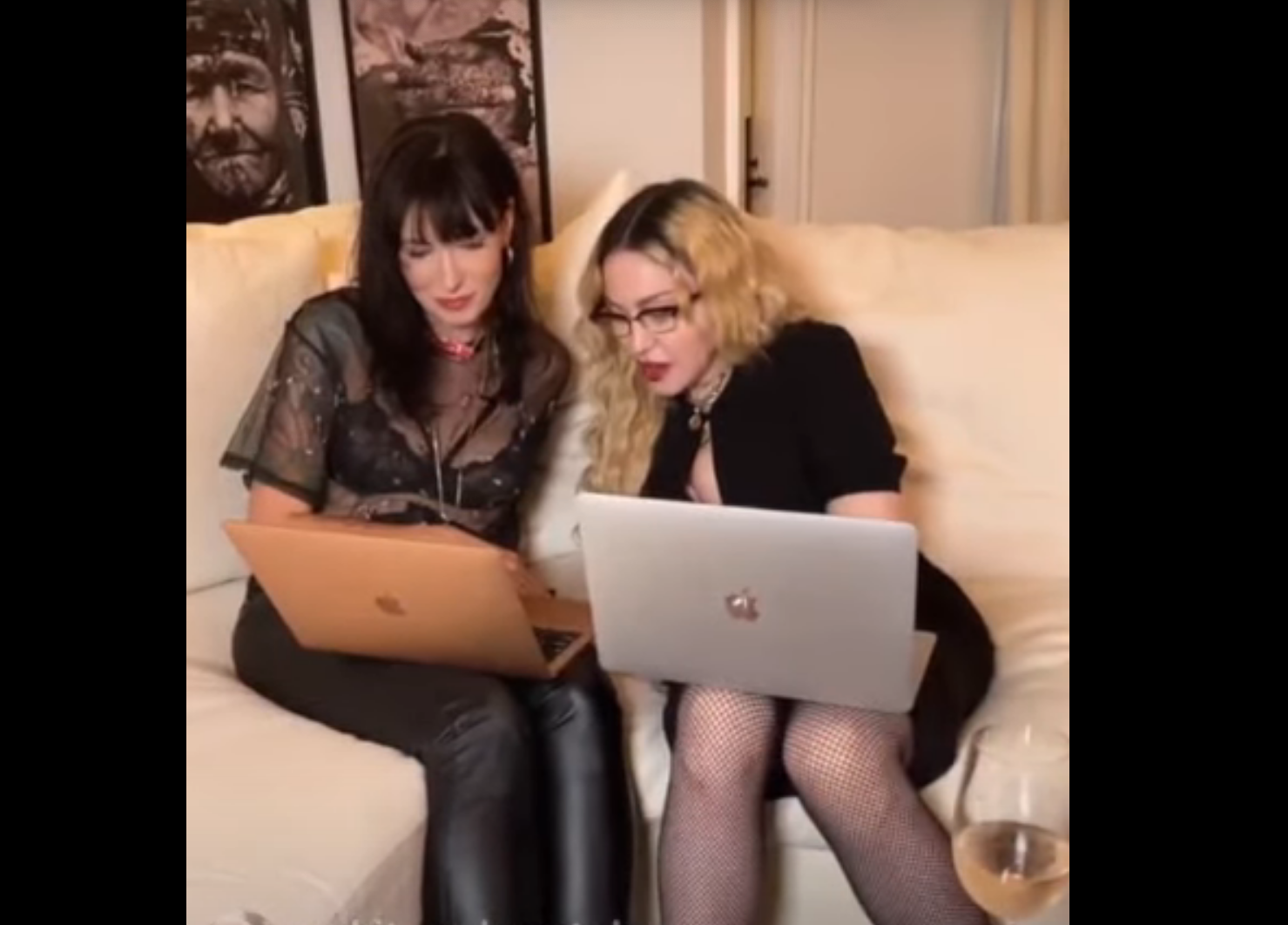 In a casual, hour-plus Instagram Live on Thursday (Sept. 10), Madonna and Oscar-winning Juno screenwriter Diablo Cody discussed plot details of the movie that will cover her “struggle as an artist trying to survive in a man’s world. Really, the journey, which has been happy, sad, mad, good bad and ugly,” Madonna said.

“We’re here writing a screenplay,” the singer affirms in the video. “It’s a story about my life. We’ve been working on it a few months, and it’s been a bit weird writing about me. I have to remember a lot of stuff that later on disturbs me, so it’s kind of like a form of therapy. Sometimes,” she admits, “I get confused and forget I’m writing about me, and start referring to myself as ‘she.’

The pair laugh about Cody’s small computer font and being dressed “like dominatrixes” before Madonna revealed she’d read the whole script the previous evening and wanted to work on a scene set in London involving her sister.

The pair discuss landmark moments in the icon’s career, including the “Like a Prayer” video and the now-tame-seeming scandal of Madonna’s skirt flying up on the first MTV Video Music Awards. The influential art legends Andy Warhol and Jean-Michel Basquiat, part of Madonna’s coming up as an artist in Lower East Side of Manhattan in the ’80s, are also mentioned.

Of those early days, Madonna says she hopes that she’ll be able to “portray and express what a thrilling time it was for me.”

The singer admits the writing process is not easy: “This whole journey, I often leave this room feeling like I’m suffering from PTSD. So much happened. “

Amidst the writing work and bantering, the duo also looked at some viewer comments. As Madonna read a comment about Cody, she blurts out, “oh my God, they’re feeling sorry for you!”

Cody objects, saying “everybody on here is completely fucking obsessed with you!”

The glimpse inside the writing process, including working on dialogue, concludes with Madonna saying, “let’s meet again” when the script is closer to done, over a “nice big glass celebratory glass of rose.”

The women then toast to all the “viewers, fans, foes,” promising to “see you soon.”

SPIN has reached out to Madonna’s reps for comment on the status of the film.