Pop superstar Madonna was said to have been briefly prevented from entering the venue for the Eurovision Song Contest Thursday morning, where she was to rehearse her planned performance during the weekend final, because she has yet to sign the contract for her appearance.

However, an understanding was later reached with the European Broadcasting Union, which runs the contest, and Madonna was granted entry to the Expo Tel Aviv venue, the report said.

The contract has reportedly not been signed due to complications over the broadcast rights for one of the songs she intends to perform, her 1989 hit single “‘Like a prayer.”

On Wednesday, Sand had similarly instructed that Madonna not be granted access  to the Eurovision site in Tel Aviv but relented after the singer’s team threatened that she would cancel her performance, the report said. The singer eventually spent two hours rehearsing her act, which is expected to feature three songs. 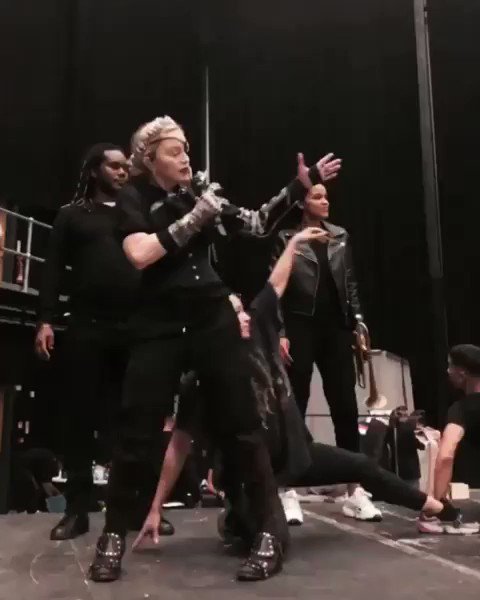 Madonna landed in Tel Aviv Tuesday night, defying calls by pro-Palestinian activists for her to boycott the international song competition hosted by Israel. In a statement ahead of her trip, Madonna said she was determined to perform at the Eurovision finals despite the boycott calls.

“I’ll never stop playing music to suit someone’s political agenda nor will I stop speaking out against violations of human rights wherever in the world they may be,” the singer said in the statement carried by US media.

Madonna’s participation unleashed a storm of protests from the Boycott, Divestment and Sanctions (BDS) movement, which has for years been pushing for investors and artists to shun Israel over its treatment of the Palestinians.

The semifinals of the contest kicked off on Tuesday, with more qualifiers scheduled for Thursday this week and the Grand Finale on Saturday.

More at The Times of Israel