Madonna was the centerfold / poster of the February 18, 1984 issue of (Black) ECHOES magazine in the UK.

Her single “Holiday” had just reached the number one spot in The Soul Singles Chart (UK) and her debut album “MADONNA” was a new entry at number 18 in The Soul Album Chart (UK).

The poster has been added to The First Album press page. 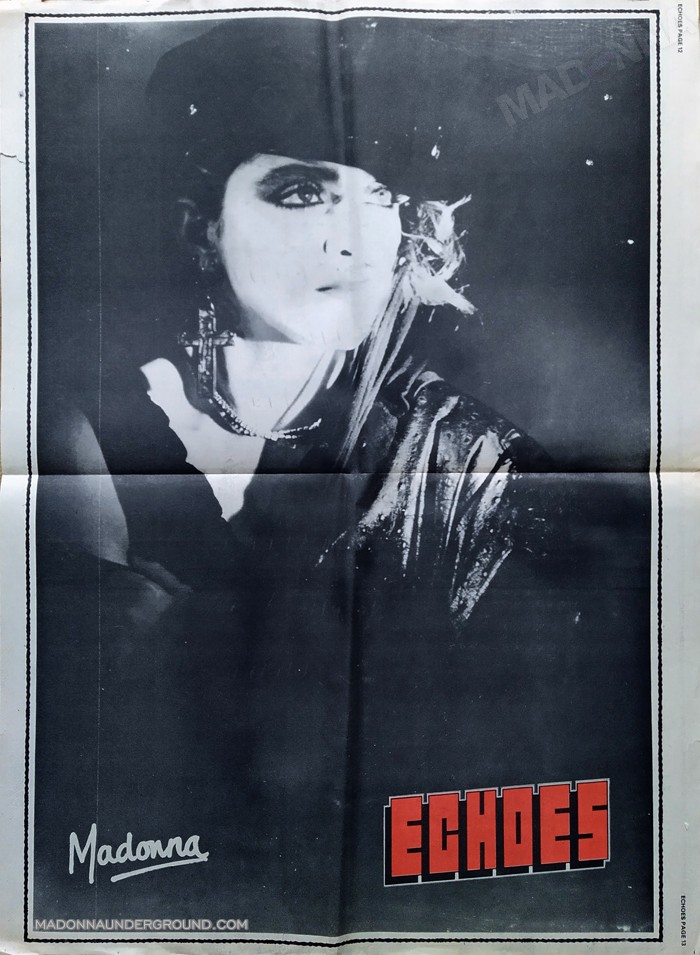