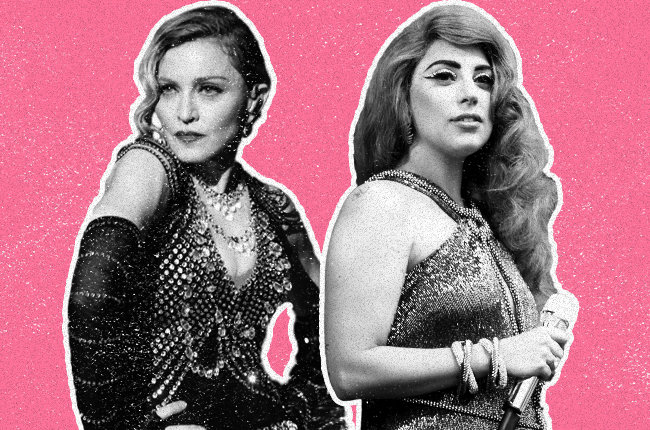 When Madonna hit the road behind her MDNA album, she paid homage to (or shaded?) Lady Gaga with a mashup of “Born This Way” and her own “Express Yourself.”

On Madge’s current tour, which just rolled through Madison Square Garden and absolutely killed, the Queen of Pop busted out another song tangentially related to Gaga — Edith Piaf’s “La Vie en Rose,” calling it “one of the greatest love songs ever written.”

That’s the same classic French tune Gaga busted out a few times in 2015 (before the Rebel Heart Tour kicked off), including during her knockout Atlantic City show with Tony Bennett.

Obviously, Madonna didn’t learn about the song from Gaga — it’s one of the most famous tunes from the first half of the 20th century. But it’s a strange coincidence that both pop queens are covering the 70-year-old song on tours in 2015.

Madonna’s is a little more stripped down; Gaga’s was more theatric — but who do you think sang it better? Listen to both below and vote for your favorite version.