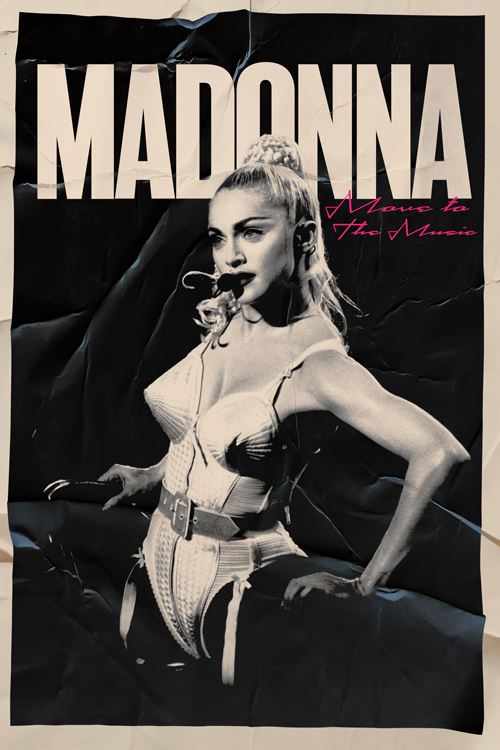 I was able to review the new documentary Madonna Move To The Music by EM Productions.

We have all seen a dozen or two documentaries on Madonna in the past decades, one more worth your time than the other. Move To The Music documents Madonna’s rise to stardom through file footage, press pictures, quotes, music video clips and interviews with music editors and journalists. A narrator tells Madonna’s story from her early days well up to the (still kind of) current Madame X era.

While (almost) every era of Madonna’s career is told, they’re not all equally treated. Most of Madonna’s acting is left out in the documentary, while they do devote extra time to EVITA through footage from the Golden Globes, UK press conference and more.

Traveling from one album to the other, you can’t help but notice the fact that the documentary skips from 2005’s Confessions on a Dance Floor to the Superbowl Halftime Show in 2012. Therefore the Hard Candy era (2008), Celebration era (2009), directing Filth & Wisdom (2008) and W./E. (2011) are completely omitted from the documentary.

The Superbowl Halftime Show then skips to 2017, also leaving out the album MDNA and Rebel Heart. They are both briefly mentioned stating these were the albums where Madonna was struggling to stay at the center of the pop universe. The documentary picks back up with the release of Madame X where Madonna is back at her boldest and most bizarre ever, but most of all back in form. The upcoming biopic by Madonna is also mentioned in Madonna Move To The Music.

Madonna’s story is always a fascinating watch, no matter how many times you have read about it, or seen TV specials about it. The file footage is always a treat, ranging from fans outside a Virgin Tour performance, to strutting her stuff with Jean Paul Gaultier on the red carpet in 2019.

To watch the documentary, scroll down for a direct link

Madonna: the Queen of Pop. Every tune, dance step and decision over four decades has shaped today’s contemporary musical landscape. Over a career that has lasted for decades, Madonna has ushered underground sounds and trends into the mainstream – she arrived at the dawn on the MTV music video era and utilised the medium to create a series of stylish, sexy clips that garnered her a reputation as a provocateur, whilst establishing the fledgling TV network as a hub for popular culture in the 1980s. Madonna is unstoppable, her impact on pop culture, undeniable, inspiring almost every other female act to come after her. Repeatedly re-inventing herself, she has changed the blueprint of how to be a successful woman in the music business in the process.