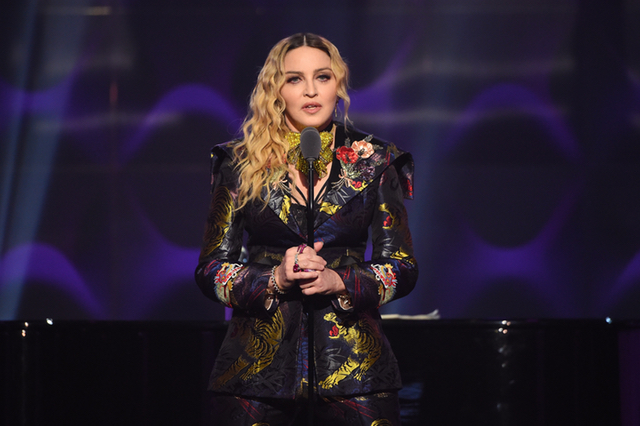 On the evening before Donald J. Trump becomes the President of the United States of America [pause for fear, dread, denial, anger, gagging, productive organizing and resistance], the Brooklyn Museum will host a discussion with “two fearless feminist provocateurs,” Madonna and Marilyn Minter. From their announcement, which was made Friday morning:

On the eve of the presidential inauguration, join Madonna and Marilyn Minter as they talk art, culture, feminism, and the current state of affairs. Connecting Madonna, an artist, activist, and philanthropist, with Minter, whose work explores cultural perceptions of women, this unprecedented conversation will highlight the impact of female artists within broader culture and social change.Moderated by poet, essayist, and playwright Elizabeth Alexander and by Anne Pasternak, Shelby White and Leon Levy Director of the Brooklyn Museum. This historic program is part of A Year of Yes: Reimagining Feminism, a yearlong series of exhibitions and programs celebrating the 10th anniversary of the Museum’s Elizabeth A. Sackler Center for Feminist Art.

Madonna announced via the below tweet yesterday that she will be taking part in the Women’s March on Washington on January 21st.