MADONNA MANIA IS ABOUT TO HIT MELBOURNE

MADONNA – SHOW OFF AT CHAPEL SPECIAL

Just Like A Prayer, Chapel Off Chapel will take you there… to celebrate the Queen of Pop’s arrival in Melbourne after 23 years with a pre-show party and everybody is invited!

Hosted by SUPERGIRLY an all-singing, all-glamour laugh fest combining amazing vocals, wicked humour and clever writing. SuperGirly will have you looking at Madonna music in a new light. Supergirly will be joined musical theatre star ANA MITSIKAS on keys – this is your post show foyer Madonna showcase.

STRIKE A POSE and GET INTO THE GROOVE as we remix and revisit Madonna’s greatest hits with massive line-up of special guests – including musical theatre stars from upcoming musical productions here at Chapel Off Chapel including Violet – The Musical, Tick, Tick, Boom, CrossXRoads and Dogfight – The Musical and we’ll keeping you VOGUEing the night away with special dance performances from contemporary dance company Lion Heart, tap dance crew Footnotes and special jazz funk number by The Space – Dance Academy. 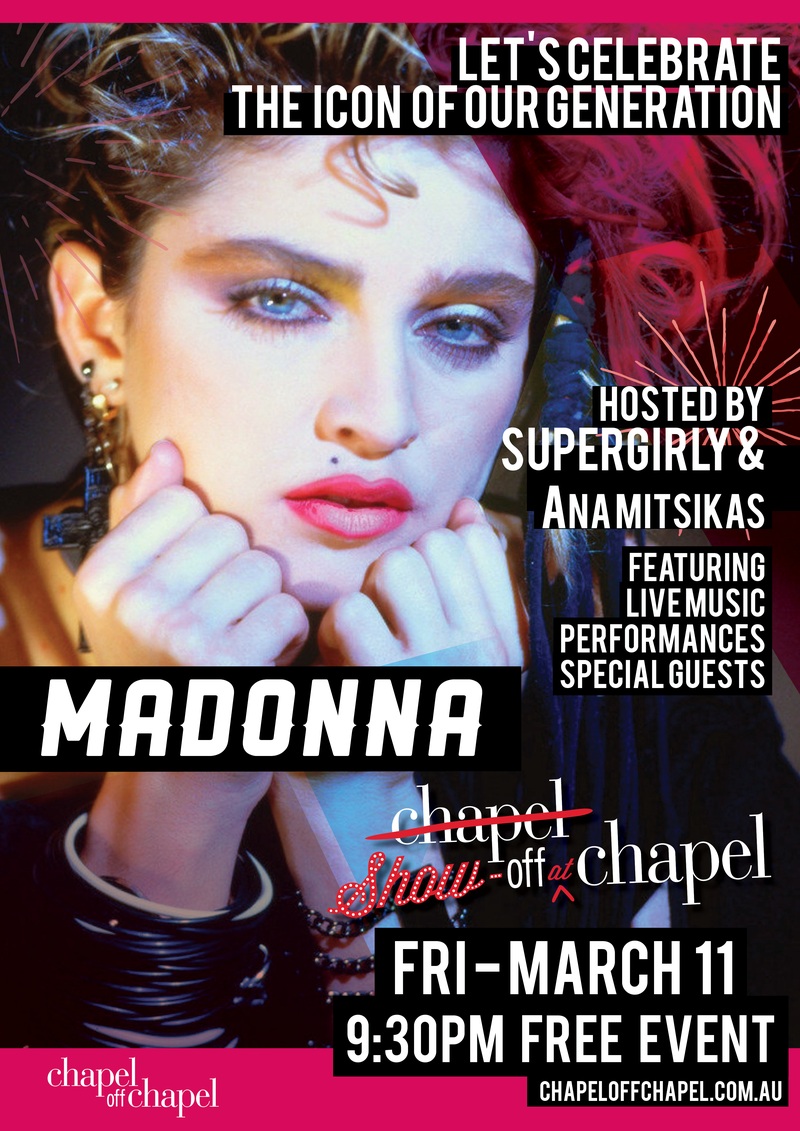