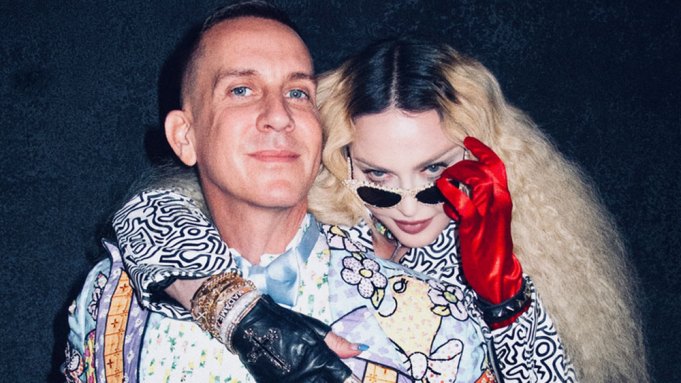 Madonna made a surprise appearance at the star-studded amfAR Gala Los Angeles to present her longtime friend and collaborator Jeremy Scott with the Award of Courage in recognition of his work with the organization and his commitment to the fight against HIV/AIDS.

The eleventh edition of the annual event was held in an elaborately decorated tent at the Pacific Design Center in West Hollywood on Thursday night after a one-year hiatus due to the COVID-19 pandemic. The gala, which was sponsored by Cadillac and FIJI Water, raised more than $1.8 million for HIV/AIDS research.

Shortly after an Ellen Von Unwerth photograph of Madonna was auctioned off for $70,000, the Queen of Pop herself took the stage and paid tribute to the Moschino creative director with a heartfelt speech, in which she also recalled how she was drawn into the fight against the devastating epidemic.