Madonna, Madame X review: a mad mishmash of an album *** 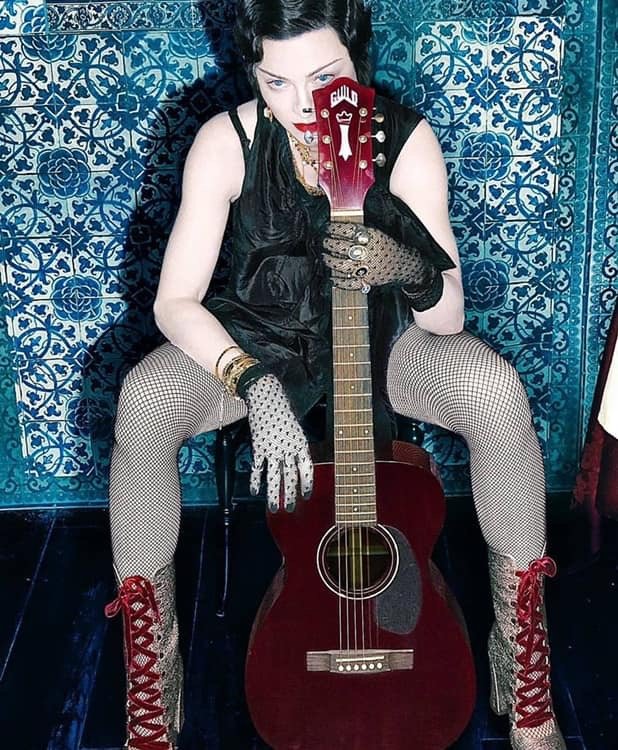 Madonna has often depicted herself as a pop revolutionary, a transgressive, barrier-breaking iconoclast fighting for feminism and sexual freedom. Her latest battle, though, is for survival. “I’m fighting ageism,” Madonna recently told Vogue Magazine. “I’m being punished for turning 60.”

But is she really? Or is she just finding it hard to grow old disgracefully? Music offers many models for veteran stars, from dedicated virtuoso to mature singer-songwriter. But pop thrives on the energy of youth and novelty, the superficial and highly competitive thrill of new sounds, new styles, new effects, new looks. Madonna Louise Ciccone has been one of the reigning superstars of her era, yet given her empowering influence on female artists from Lady Gaga to Ariana Grande, perhaps the erstwhile Queen of Pop should be content with the role of Queen Mother of Pop now. She hasn’t had a hit single in a decade (her last UK top 10 was Celebration in 2009). Medellín, a gentle bit of Latin froth with which she launched her latest album campaign, stalled at number 87 in the UK.

A certain desperation to fit in with chart trends is evident on her 14th album, Madame X. Indeed, the ubiquitous Autotune effect is laid on so thick on the eccentric God Control that she sounds like Cher with her jaw wired together. In the main, the sweet quality and thin tone of Madonna’s voice adapts pleasantly to the kind of glaciation that occurs with digital processing, lending a cool detachment to the understated melodies of Crave and Crazy, both pretty standard modern trap pop tunes created with hip hop producer Mike Dean. But it gets more extreme whenever long serving collaborator Mirwais is at the controls, layering digital voices over one another, reaching a pitch of brain-fizzling incomprehensibility during the extravagantly mad Dark Ballet. It is amusing, ear-catching stuff, an adventurous use of increasingly standardised technology. Perhaps the old Queen can still teach the young pretenders a few tricks.

Autotune can’t save Madonna’s typically awkward lyrics, in which lofty aspirations are brought to earth by clunking rhymes and cod-philosophical statements (“Each new birth it gives me hope / That’s why I don’t smoke that dope”). For Madonna, the medium no longer suffices as the message; she prefers to spell out her personal worldview in self-aggrandising platitudes delivered with the compromised gravitas of a stateswoman at a roller disco (“I will be Islam / If Islam is hated / I will be Israel / If Israel is incarcerated”). On afro-percussive blues-chant Batuka, she makes a stab at Trump (“Get that old man / Put him in jail”) but Madonna’s political thinking has never been entirely consistent. I am not convinced Bitch I’m Loca (a duet with Matuma) is a great campaign slogan but, in this day and age, who can tell?

Madame X sounds like three different albums fighting for space. There’s the Latin pop album, in Madonna performs straight-up sexy dance duets aimed at the world’s fastest growing music market. There’s a strand of trendy, low-slung, sensitive trap pop that lacks the majestic swagger you expect from a grand dame of the game. And neither of these elements sits comfortably alongside the Mirwais spine of fizzy art pop marrying mad production with inflated lyrical themes. Madonna says she is fighting ageism but she is fighting on too many fronts at the same time. In pop’s game of thrones, her biggest weakness remains her ambition to rule over all.

Madame X is released by Interscope Records on June 14