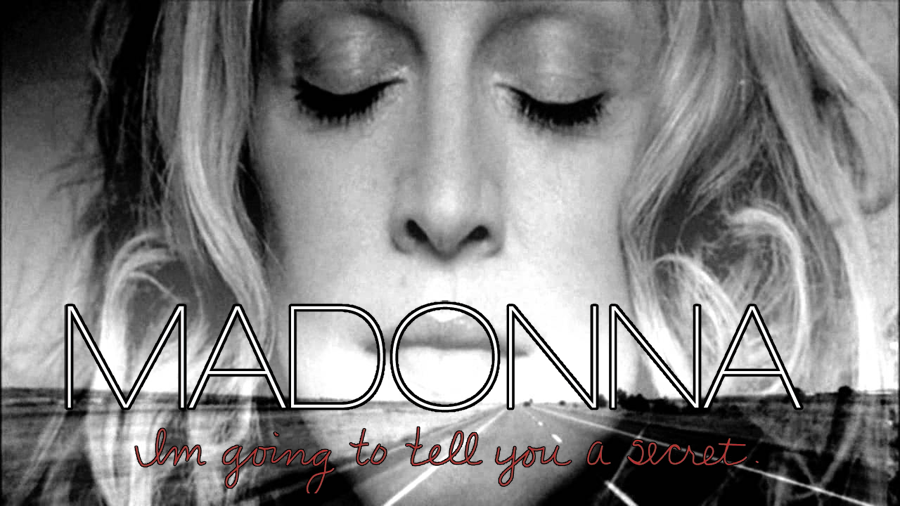 We had heard it while standing in the queue at Koko on November 15th for the album launch of ‘Confessions On A Dance Floor’. Guy Oseary (M’s manager) had come out to tell the 200 fans with the free tickets, that they all had been invited by Madonna to attend the UK premiere of ‘I’m Going To Tell You A Secret’ (her tour documentary). This was of course such lovely news to hear, being invited by Madonna herself, woohoo! But of course couldn’t fully enjoy this, until an actual confirmation.

When at Koko we filled out a form with our name and phone number, and through this we would be contacted by Warners in London. When we were back in Holland, after my very hectic week in London after the Confessions promo events, I indeed got a call. A very friendly lady from Warner called me to invite me to the event. She said that Madonna had personally invited the 200 fans, and that she wanted to thank me for waiting in the queue at Koko. I gave her my e-mail address and she said that she’d send me an e-mail with all the details in it.

The next day I already received this e-mail, it said that I could pick up the wristband the same day as the premiere at the Warner office in London. Our budget was truly minimal due to all the hectic events of November. So we had to settle for the cheapest option to go to London, which was by coach from Eurolines. We booked a cheap hotel and requested some days off at work.

We took the coach from Amsterdam Amstel at 10 in the evening and would arrive the very next day at 7 in the morning in London. The trip just went on forever and I couldn’t fall asleep and didn’t feel well at all. I knew I was coming down with the flu and started seeing weird images next to the road. Signs became old bended ladies with baskets in their hands and cars on our way became walls to me. As you see, I wasn’t feeling well at all and the trip just really took forever, customs in France didn’t help either.

I was a wreck when we arrived in the morning, we took the tube instantly to Paddington Station where our hotel was. The check in time was set at 1 in the afternoon, but we told the lady that we needed a room quickly as we were beat. First we got the key to a room that had been rented to other people, so we found a messy room. Then the lady corrected her mistake and we got the right key. We then decided to sleep for some hours. In the afternoon we went shopping and then looking for the Warner Office in London. It was quite a walk but we found it and when we got there we were told to wait outside for a while. Then Simon and me were let in and our names, passports and confirmation e-mail were asked. They had a box full of envelopes and picked out the ones with our name on it. They put the silver wristband on our wrists and gave us a ticket. Inside the Warner office there were lots of IGTTYAS posters. We were very happy to have the wristband and ticket and happily made our way back to our hotel.

In the evening we had agreed to meet some friends at the Chelsea Cinema. They had put up barriers for the press and we could join the queue. We had a great time and showed each other pics that we 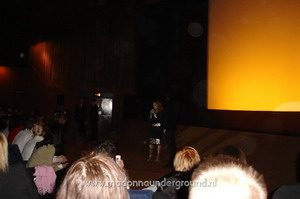 had taken at G-A-Y and Koko. Finally we got to go in, we even got to walk the red carpet and pics were being taken of us. Inside the cinema there were IGTTYAS posters everywhere, and when we got there a man asked us for the color of our wristband. When he saw it was silver, he said that the first couple of rows were reserved for us WOW!! We were so happy, this was all just too good to be true. The fans got to be in the very front!

We found a great spot on the right side on the third row, on each seat was a special IGTTYAS bag with chips, water and candy in it. This was another lovely surprise, quite a little nice item to own. I felt really spoilt and very proud to be a Madonna fan then. While waiting we saw several celebrities walking in like Gwyneth, Stella, Mel C. etc. There were also several kaballah teachers. 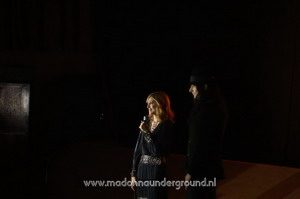 Yes the time had come, people started to work on the microphone that was set up in front of the screen and then we heard this huge applause. We stood up and looked behind us, Madonna and Guy had just walked in! Again the feeling of seeing her again, never ceases to surprise me.

She went up the microphone with Jonas Akerlund and got ready to speech. She said a little bit, then gave the microphone to Jonas. Madonna looked glamorous in her blue dress, but she was visibly a bit nervous. Jonas didn’t have much to say so he gave the microphone back to Madonna. Madonna then had a lovely and long speech about the making of the movie, and of course there was time for some typical Madonna jokes. She thanked the fans, and told us that she realized that without us she wouldn’t be where she was today. This was really nice to hear and we were very thankful for her words, I had never experienced Madonna like this before, so sincere and just nervous like we all were.

After her great speech she said that she hoped that we would love the movie. We gave her a standing ovation and then she went all the way up to her seat in the very back of the cinema. The movie 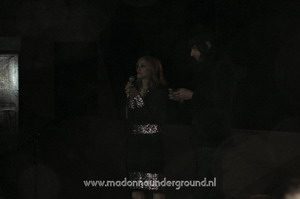 instantly started but it had some sound issues. Thank God that was only the first couple of minutes, after that it all went smoothly. It was an amazing experience to see the movie on the big screen right in front of us, the way the movie should be seen! During the live performances we all cheered and sang along and then at the end of every performance, applauded Madonna. Yeah we knew she was in the same room as us, so we had to show her our respect and how impressed we all were with everything.

We laughed, sang, listened and cried, a truly amazing experience! To our surprise there was a bit at the end that was much longer than the TV edition of Madonna’s experience in Israel. You could see her celebrating, dancing and singing in Israel which was a great bonus to see!

When the movie ended we all again stood up to give a standing ovation. Madonna then walked down the stairs, waved to us and left the room. I was so surprised to know that she had stayed the entire time! It made me proud to know that I saw the movie on big screen with the star of the movie in the same theatre! Now I could truly say that I went to the movies with Madonna!

When we left the room, we said goodbye to our friends and went to the hotel. In the morning we had an early coach to catch back to Holland. Again we had a trip that took forever. But it all didn’t matter that much, we again had had an amazing experience thanks to Madonna herself. Inviting us to this premiere truly was one of the nicest things ever and we just had the best time. I know I keep on thanking you Madonna, but I truly mean it!