To remember the Drowned World Tour I don’t need to think back to long ago. In 2001 it has been a mere 8 years since Madonna toured with the Girlie Show, way too long for a fan. I decide to a) attend the world premiere b) attend shows in multiple countries. It starts with a hangover, because the premiere shows in Cologne have been cancelled. So…… 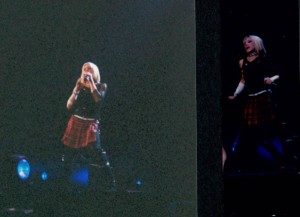 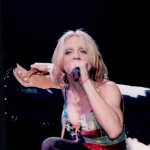 Around June 8 I arrive in Barcelona where the DWT will premiere.

It is extremely hot in the city. The stadium is out of the centre of the city on a hill, so I am absolutely beat just getting there. I am planning on taking a look as the show is only the next day at June 9. But I find a few fans waiting at the entrance already, all to gain theperfect spot at the show, so I need to join them. I go back to my hotel, dump all that I don’t need and spent the night on the sidewalk at the stadium. The vibe is great and I meet fans from all over the world. Somewhere around midnight I fall asleep on a piece of cardboard and a blanket that I found. I wake up to bright light and when I open my eyes I stare into the light of a camera. Dozens of TV crews are here to film. This repeats the entire night. 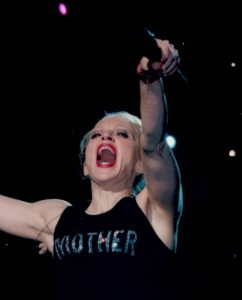 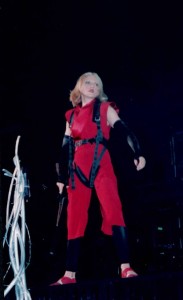 Fans take turns to go to the bathroom (the bushes), to get something to eat (potatoe chips, pizza and gallons of water). At the end of the morning the sky is already sizzling with heat. My body aches, I feel dirty, I smell, but I don’t care, as long as I am right at the front that evening. We listen to music, chat, hang and lay around all day long. I take a lot of pictures, I have taken two cheap camera’s with me (this was before the digital time people). I use one now, the other I want to take with me inside. At the end of the afternoon I get to stuff some of my gear in one of the campers of a group of Italian fans. One camera I leave there including some clothes. I feel a bit lighter which I need as we need to run later on. People start to get crazy once Madonna starts her soundcheck.

Being one happy family before, we are now screaming, pushing, pulling, scratching and biting to defend our spots. There are always people that come in late and try to get in front. It sucks terribly that we are packed like sardines now and cannot sit down, it is still another three hours until the doors open, I still want to stay there or the waiting would’ve been for nothing.

When the moment arrives, the chaos is complete. Everyone wants to get through the gates at the same time. Security decide to take a step back.

As a wild bunch of animals we run into the stadium. Ten thousands of people are pushing you, so there is no way to stop. I run as fast as I can through hallways, through ribbons, over chairs and arrive at the stage panting. Second row. Not bad. Now it is simply waiting for the show to start. I still get goosebumps remembering hearing the first sound to Drowned World and seeing Madonna slowly becoming visible through the smoke on the stage. She looks insane, with her blond hair and the punk outfit. The show flew by. It is one giant highlight, but if I have to name a favorite it is: Frozen/Nobody’s Perfect/Mer Girl. I still think this is one of Madonna’s greatest tours ever (with Confessions Tour coming in second). But it is actually always a dream coming true seeing your idol live on stage. 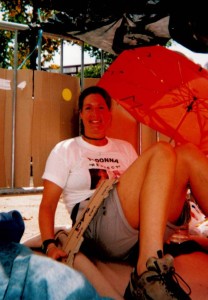 Unfortunately the night ends in a nightmare, because the camper where my gear was put, has been robbed and is completely empty. We are all crying and spend the night at the police station. Thankfully the damage for me isn’t too great, I still am pissed off that my camera was taken though. But the pictures I took inside are still with me and are very dear to me. I also attend shows in Paris and London, here too there are extreme emotions. But it never gets as hot as it did in Barcelona.