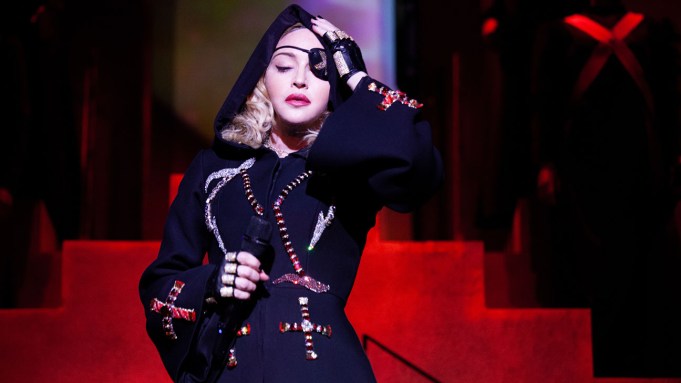 An impressively designed production from a star hoping to convey the deep empathy she feels for pretty much every group suffering during these troubled times, Madonna’s Madame X showcases the eponymous album, in which she draws on new influences ranging from Colombian rap to Portuguese fado. An uncharitable observer might dub this The Appropriation Tour, aligning a star whose relevance has faded with both unimpeachably authentic music and the in-the-streets energy of social justice movements. But wherever one draws the line between supporting a group and co-opting it, X captures a night of solid performances and top-notch stagecraft. Just don’t show up if you’re looking to hear the old stuff.

After an introductory montage tying the secret agent-like Madame X persona to the scandals provoked by the real-life Madonna (best bit: “The most controversial thing I have ever done is to stick around”), things kick off with a very peculiar disclaimer: “Don’t forget — none of this is real.”