Chris Wade – the author of ‘Madonna: On Screen’ and ‘The Music of Madonna’ has just released a new book.

This one puts the main focus on the movies ‘Body Of Evidence’ and ‘Dangerous Game’, two movies released not far apart from one another but both heavily criticized. While ‘Body Of Evidence’ is seen as a Basic Instinct rip-off, Dangerous Game is notorious for its dark themes. Madonna’s acting in the latter is highly praised though and maybe to this day still is the best acting she’s ever done.

The book also includes a very interesting interview with Ken Kelsch the cinematographer of Dangerous Game, sharing some of his memories while being on the set.

To order the book click HERE, stay tuned for a full review! 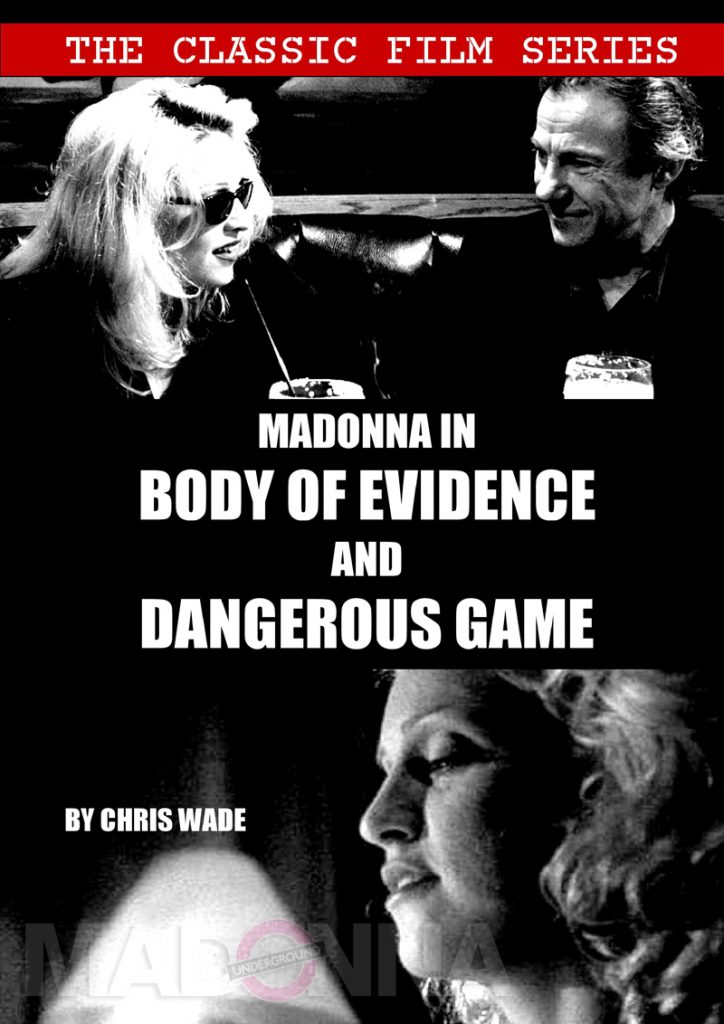