Madonna has another new image for her 14th album Madame X but the music hits you instantly with its vitality and variety, its omnivorous hunger ****

How do you solve a problem like Madonna? That was the question in 2015 when she released her last album, Rebel Heart. And it still applies today, only more so.

Once the empress of the hit parade, she has now gone ten years without troubling the Top 20. Her UK album sales, according to Wikipedia, have plunged from 1,340,000 for Confessions On A Dance Floor (2005) to 76,500 for Rebel Heart. Even in a falling market, to lose 19 record buyers out of 20 looks like carelessness.

Her music has become poor to middling, and her judgment can be even worse, as shown at last month’s Eurovision Song Contest. But she remains a big draw: she’s on the cover of this month’s Vogue and is booked to play 15 nights at the London Palladium — even though the best seats are an uncool £480.

For her 14th studio album she has another new image. I’d hoped to find Madonna fearlessly showing us what 60 feels like by making a record called ‘Freedom Pass’. Instead, we get a portrait of the artist as an ageless waxwork, with not a single wrinkle.

And the music? It hits you instantly with its vitality and variety, its omnivorous hunger. Working with Mirwais, who produced Music (2000), and five other co-producers, Madonna is back doing what she is good at: scanning the horizon and channelling the times.

After moving to Lisbon she has fallen for all things Latin. Her opening words, delivered in a white-hot whisper, are ‘One, two, one two, one two, cha-cha-cha’. She keeps breaking into Portuguese and Spanish.

She duets with Anitta, the Brazilian singer, and Maluma, the Colombian rapper, who both missed the first decade of her career because they hadn’t even been born. 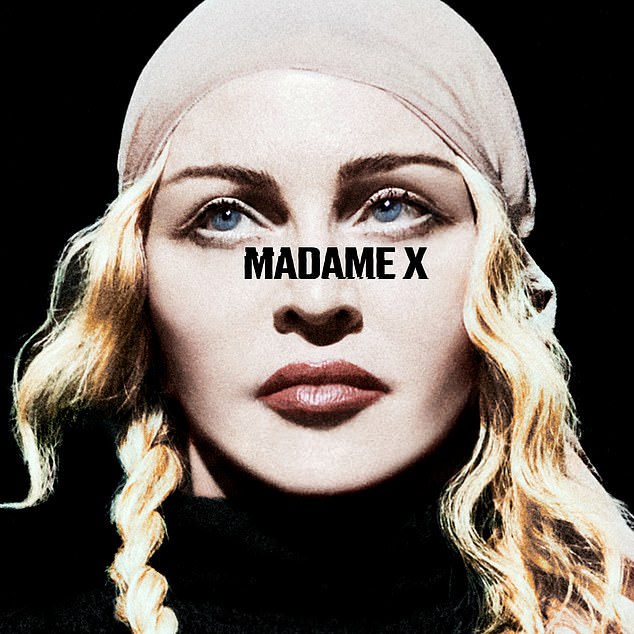 Latin music suits Madonna with its supple rhythms and sunny choruses. About ten of these 15 songs have pop-solid hooks, built for the mass market she once ruled

Looking For Mercy has one of the clearest melodies of her career, which is saying something: shame it’s on the ‘deluxe’ version of the album.

The other songs are more experimental, and uneven. Future brings back white reggae and makes it sing. Dark Ballet is four tracks in one – a piano ballad, a hip-hop chant, a steal from The Nutcracker and a speech that turns Madonna into Mary Poppins. Just the ballad would have been better.

Killers Who Are Partying is an electro-pop remake of Martin Niemöller’s famous lines about failing to stop the Nazis. ‘I’ll be Islam,’ Madonna declares, ‘if Islam is hated. I’ll be Israel if they’re incarcerated.’ The rhyme is a crime but the song comes off because its chords are as good as its intentions.

By the end, things are getting personal, with anthems called I Don’t Search I Find and I Rise. It feels as if a memoir is brewing, or an autobiographical movie. Madonna is surely pondering the success of Bohemian Rhapsody and Rocketman. She has the songs: a few more of them now.