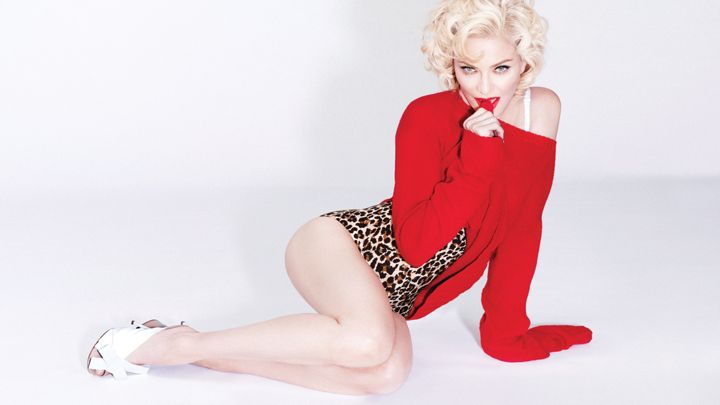 Madonna gets fiery and introspective, discussing ageism, Gaga and more in our cover story

Madonna returns to the cover of Rolling Stone in our latest issue (on stands Friday) giving her most revealing, introspective and fiery interview in years. In the in-depth Q&A with senior writer Brian Hiatt, Madonna discusses her real feelings about Lady Gaga, her marriage to Guy Ritchie, her relationship with Judaism, her assessment of Kanye West, her love for Whiplash and much more.

“I don’t think she wants my crown,” Madonna says, referring to Gaga. “We live in a world where people like to pit women against each other. And this is why I love the idea of embracing other females who are doing what I’m doing. . .The only time I ever criticized Lady Gaga was when I felt like she blatantly ripped off one of my songs. It’s got nothing to do with ‘she’s taking my crown’ or ‘she’s in some space of mine.’ She has her thing. I do think she’s a very talented singer and songwriter. It was just that one issue. And everybody’s obviously running with it and turned it into a huge feud, which I think is really boring, quite frankly. And you know what? I don’t care anymore. Here’s the thing: one day everyone’s going to shut up about it. You’ll see! I have a plan. ”