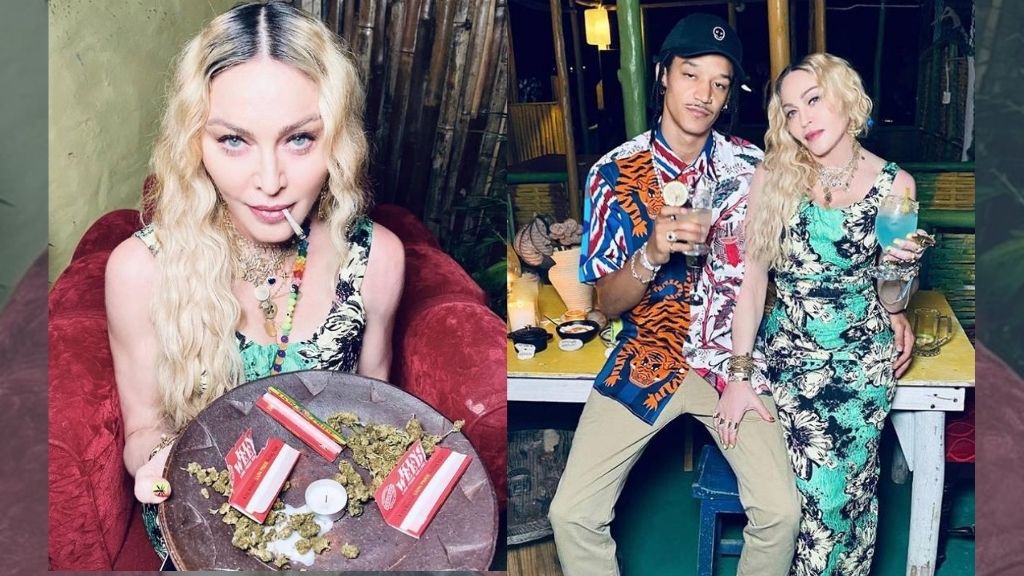 The pop legend celebrates her 62nd birthday in the second city with family and friends. (Photos: via Instagram/@madonna)
Share to FacebookShare to TwitterShare to LinkedInShare to WhatsAppShare to MessengerShare to EmailShare to TelegramShare to More

They say a Sunday well spent brings a week of content.

Well, for the Ciccone’s, particularly, birthday girl Madonna, the week is just starting to get better.

And, when you’re the unabashed queen of Pop, sharing that luxurious J’can vacation with the entire family is what haute living is all about.

Madonna, her alleged beau du jour Ahlamalik Williams, her six children, and some of her closest friends are currently enjoying a bit of Rock R&R in Montego Bay, St James.

Joining ‘Madge’ in the festivities was her deejay, songwriter, producer pal Diplo – who’s no stranger to the Rock – and her alleged ‘tour guide’, Baylie and McCall Olsen, vocal producer/engineer Lauren D’Elia, artist/entertainer Sasha Mallory, and her longtime dance pal Loic Mabanza, among others.

From an IGTv video shared to her Instagram account, the Material Girl singer ‘rediscovers’ Jamaica and showed her over 15m followers how to enjoy ‘Birthday Fun in Jamaica’.

B-day festivities kicked off with a performance from Reggae recording artiste Jesse Royal, and later a J’can birthday serenade from a local resort band.

The children: Lourdes Leon, Rocco Ritchie, Mercy James, David Banda, and her seven-year-old twins Estere and Stella Ciccone, partied with their mom and friends late into the evening, part of a weekend-long celebration, according to Page Six.

In April, the legendary pop star revealed she’d tested positive for coronavirus antibodies. And later revealed in May that seven weeks prior – in March – while on tour in Paris, she’d been sick while on tour.

However, on Sunday, Madonna and guests partied on the North Coast like there was no tomorrow.