Madonna (and Stevie Wonder!) Perform Prince Tribute at Billboard Music Awards: ‘Thank You for All You Have Given Us’ 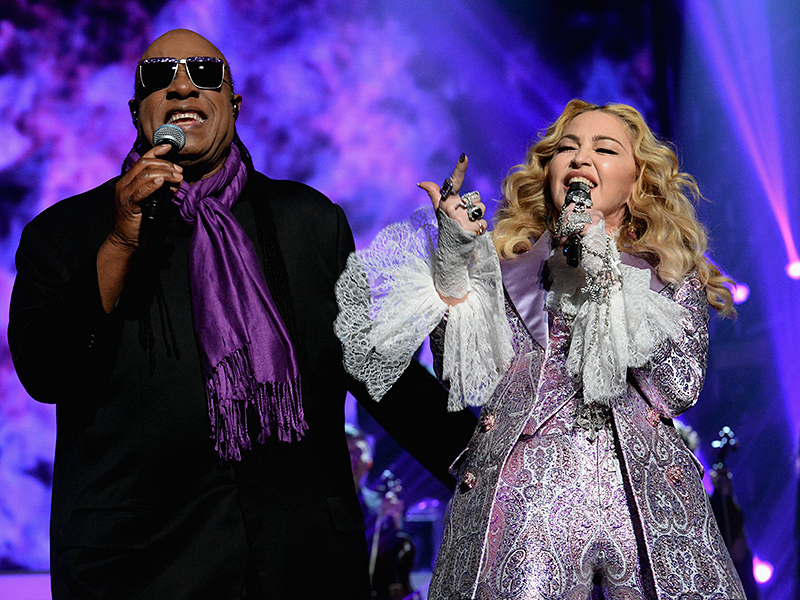 Decked in a sparkly, paisley-print purple suit with a ruffled blouse and cane, Madonna, 57, sat on a purple throne as the monologue of Prince’s hit “Let’s Go Crazy” played overheard. Then, with a sparse backing band of strings and synths, she started into “Nothing Compares 2 U.”

As they honored the late legend – who unexpectedly died on April 21 – the crowd at the purple-lit T-Mobile Arena in Las Vegas stood, as stars like Rihanna and the Weeknd sang along.

“Thank you, thank you so much, ladies and gentlemen. And most of all, thank you, Prince Rogers Nelson, for all that you have given us. Thank you. Good night,” Madonna said after the performance.