One of the most valuable and rarest Madonna collectibles around: the withdrawn Japanese promo cassette for canceled project 12″ers + 2.

Warner Music came so far as to the design the artwork and tracklisting for what was meant to be Madonna’s first remix album, it is unknown why the project was canceled. The promo cassette was issued with fabulous Virgin Tour artwork (in the same style of the Dress You Up single cover) and issued in white cassette case.

Nothing was pretty much known about this scrapped project until eil.com offered the promo cassette for sale quite a few years ago, that specific cassette was purchased and later featured in Record Collector magazine. That cassette is now in the possession of yours truly and has been scanned by us and added to the ‘promo only’ section of our discography. We know currently of the existance of only three known copies in the world at the moment of this promo cassette, a fantastic item! 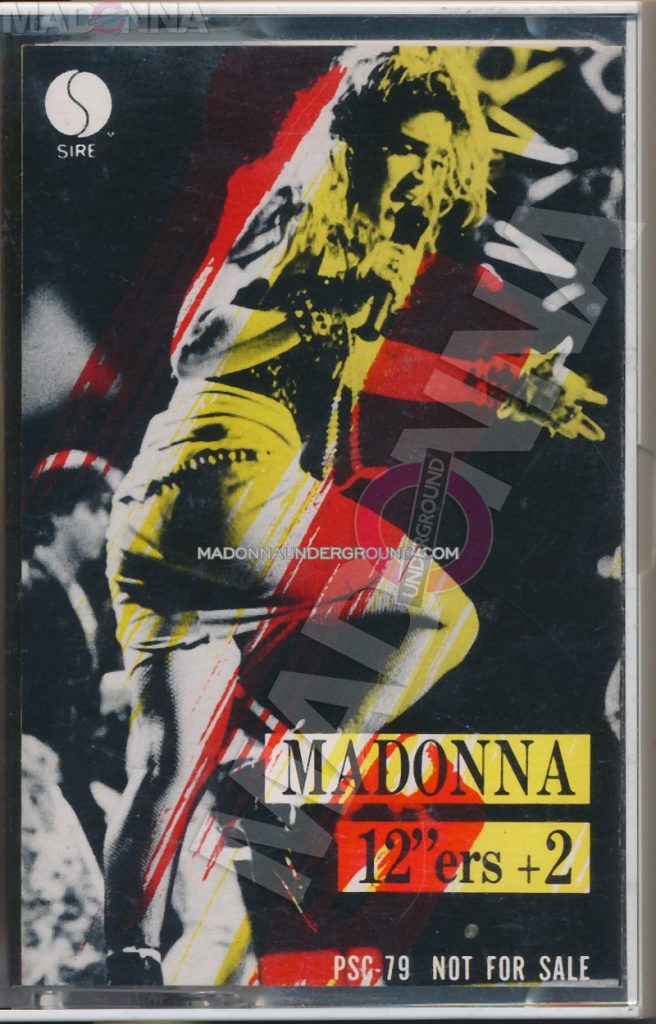