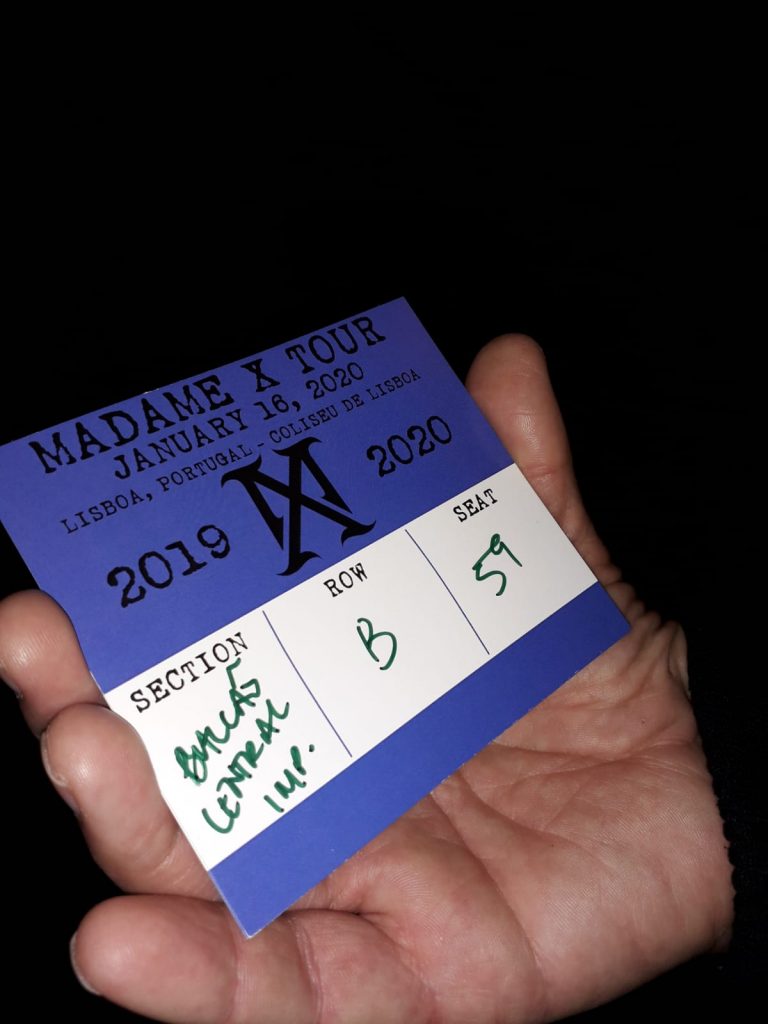 Madonna started the show one hour later prior to previous nights at 23.00 because there was heavy rain throughout the day and it leaked through the roof onto the stage. Madonna ended the show around 1.30am today.

Instead of heels Madonna was seen wearing boots, maybe this will help her deal better with her injuries. There was no guest during ‘Sodade’ this time so she sang it on her own. The polaroid sold for 3000EUR and she made three attempts until she got it right (without the eye patch). She told the crowd she was happy to be on her knees for 20 minutes.

The beer bitch was her good friend Victoria and she tried to impersonate her accent. A very lively and enthusiastic crowd resulted in Madonna being touched on her face and arms at the start of ‘I Rise’ which obviously pissed her off. Security did their best, but there’s only so much they can do. Madonna changed the ‘small penis’ joke and directed it at Brazilian president Jair Bolsonaro instead of Trump.