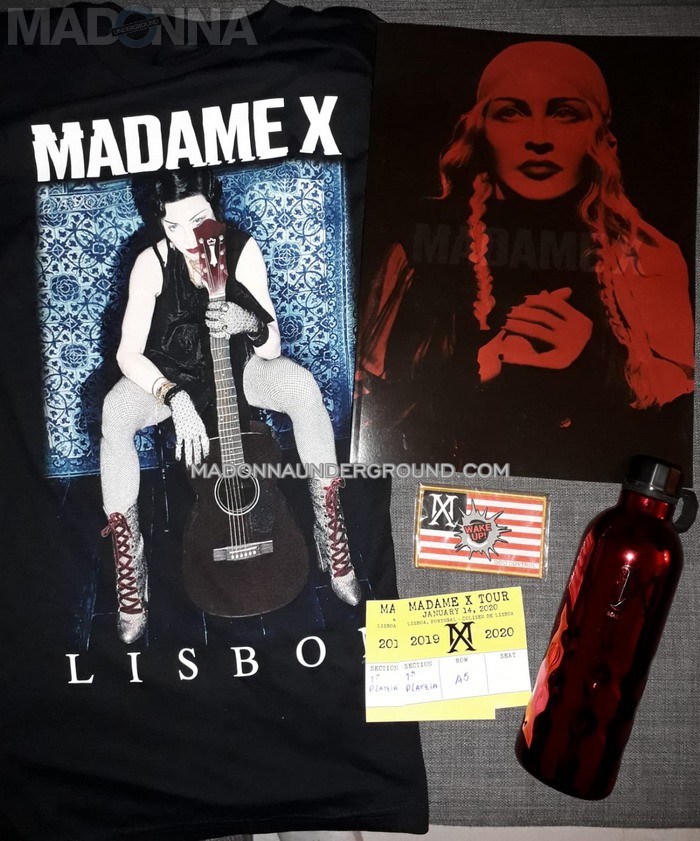 So Madame X just wrapped up her second night in Lisbon and according to fans seemed to be feeling it a lot more than on the first night. She again brought back ‘Sodade’, sold her polaroid for 1000 EUR to a Spanish fan and chatted to a German fan who ended up being the beer bitch of the night.

Dancers guided Madonna on the stairs during the dance songs, as she’s still not healed properly. David comes on towards the end of Medellin and guides M. Madonna’s still cracking the small penis joke. Unfortunately many fans tried to claim seats which weren’t theirs tonight, luckily security stepped in (and rightfully so).