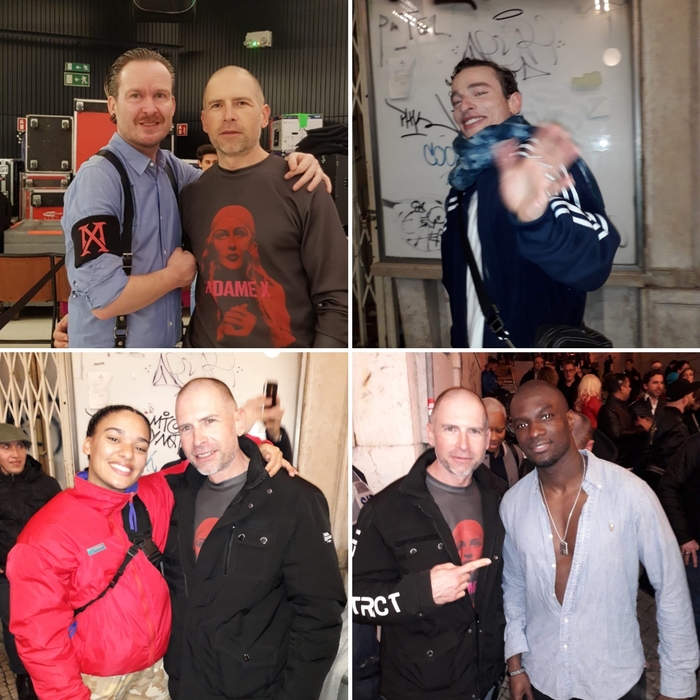 Madonna performed her best show in Lisbon of this tour to date last night.

A doctor was seen entering the venue before Madonna started the show. The show started around 22.40. Sofia Boutella (actress and former M dancer) was the night’s beer bitch and was kept kind of short because they were interrupted by ‘Extreme Occident’. This time Madonna sat on a chair during the polaroid moment as she can’t be on her knees anymore. The polaroid camera didn’t work, so a dancer came back with a second camera. She once again removed the eye patch for the photo. She wore new shoes again and she wore no scarf during ‘Come Alive’.

She had a drink with Dino after ‘Saudade’, she took a port shot too. She appeared to be in a really good mood and even called the audience the good old nickname ‘motherfuckers’. They filmed Madonna making her way out of the theater during ‘I Rise’. She looked like she was enjoying the moment but at the same time happy for it to be over.

On top of it all her vocals were very strong and fans called it the best show yet, despite her obviously being in pain and going against doctor’s orders.

Thanks to Fred and Dave