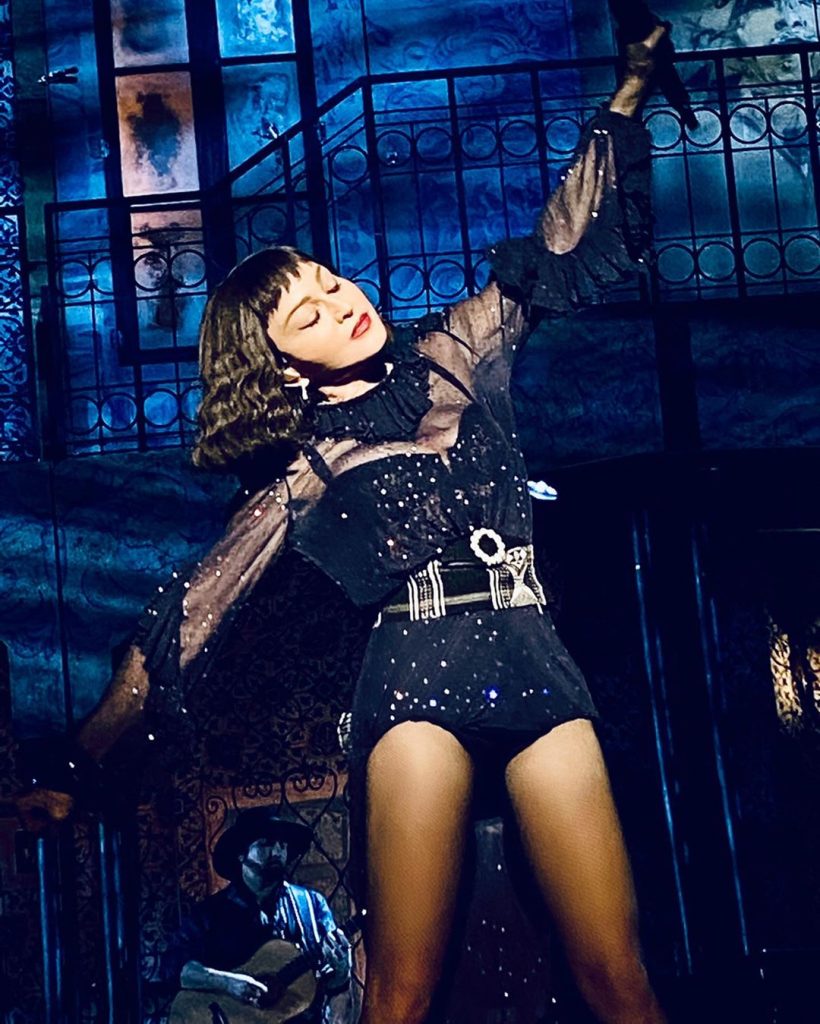 Madonna took to the stage for her final show in Lisbon at 23.10 local time last night and finished around 1.20am today.

She didn’t appear to be suffering a lot from her injuries or she was just being a really good actress, she even almost forgot to ask for a chair during the polaroid moment. She did address the injuries by saying she cosulted over 20 doctors and she needs to pay for her medical bills.

She wore brown boots for ‘God Control’, black boots for ‘Like a Prayer’ and ‘I Rise’ and was barefoot during ‘Come Alive’ again.

Dino was there to join her for ‘Sodade’ again, her vocals were on point!

Let’s hope she makes it safely to London for the next dates.