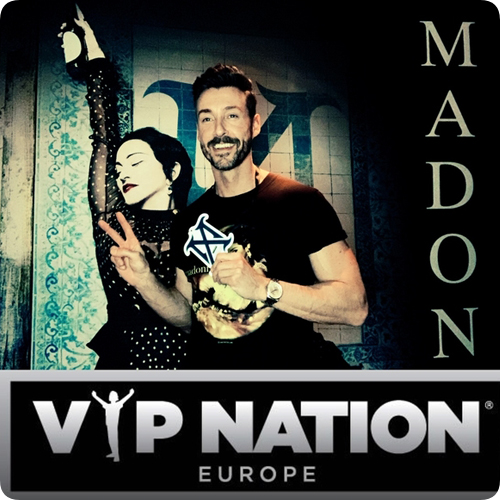 MADAME X IS A RAY OF LIGHT

London, Thursday January 30th. A night to remember, that’s for sure. And a night that went a bit faster than expected…

After weeks of fearing that this show might be cancelled too – the fear seriously remained until two hours before the start – my patience was rewarded. And boy, what an amazing Xperience this show is.

I traveled to London alone, having a VIP Crave ticket knowing that I was gonna meet and eat with other fans. One of the many things that make these tours so special: meeting new and familiar faces from all over the world. At 5:30 I walked over to The Palladium, my hotel was one street from the venue. Check in for the diner was at Aqua Nueva restaurant, right across the venue. I received my VIP laminate and was guided to my table. I was seated at one of the single-ticket-tables, where I met Paolo from Italy, Alyssa from Las Vegas and Kevin from New York. The diner was great, quite fitting for a VIP experience.

After the diner we received our little red cards with our seat numbers written on it and we were escorted to the VIP entrance, which was great because this way we could skip the long lines of people waiting to enter The Palladium. Everything was so well organized, it all went very smooth. The barcode of my ticket was never scanned throughout the evening, which surprised me.

I got to my seat, which was at the left wing. I was lucky though, because three seats next to me remained empty, so I could ‘upgrade’ three seats which made me end up at the aisle. Yay! It was now 8:30, the supposed starting time of the show. After starting only 10 minutes late the night before, this night she kept us waiting until almost 9:30. Still a very okay time for a Madonna show. This late start came with a surprise though… She started with Vogue, which meant she skipped the whole first section: God Control, Dark Ballet, Human Nature and Express Yourself. She also skipped Crave. Quite disappointing, because the first two are amongst my favorites on the album. I don’t know if she skipped these because of her injuries or because of the supposed curfew for London theatre shows.

That said, Madonna was shining like only Madonna can. She looked amazing, I was fourth row and now at the aisle, so I had an amazing and close view. Wow. She was in a very good mood and quite talkative. Her voice was very strong too. Also, I really thought her dancing was smooth and she seemed to have fun. Not moving in a stiff or painful way, which I expected because of her injuries.

The beer chair moment lasted only like a minute, she ended up with a guy who couldn’t speak a single word of English. Quite painful for both him and Madonna. She quickly ended the conversation by telling him that there are many schools in London that teach English.

Highlights: I Don’t Search I Find, Crazy, Medellin, Come Alive, Frozen. And that split second moment she was dancing close to me in the aisle during Medellin. Was it Medellin…? I can’t even remember because I was completely mesmerized by her amazing looks, her shiny eyes and smile and by having her only inches away from me.

Extra surprise: after the show I met Aaron, M’s make up artist, outside of the venue. We talked for about an hour, about his work, his interaction with fans on social media and of course about Madonna. Such a nice and kind person he is.

What an amazing show. If you’re lucky enough to see it: you’re up for a unique Madonna experience. Like you’ve never seen her before. 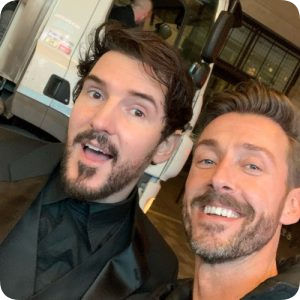