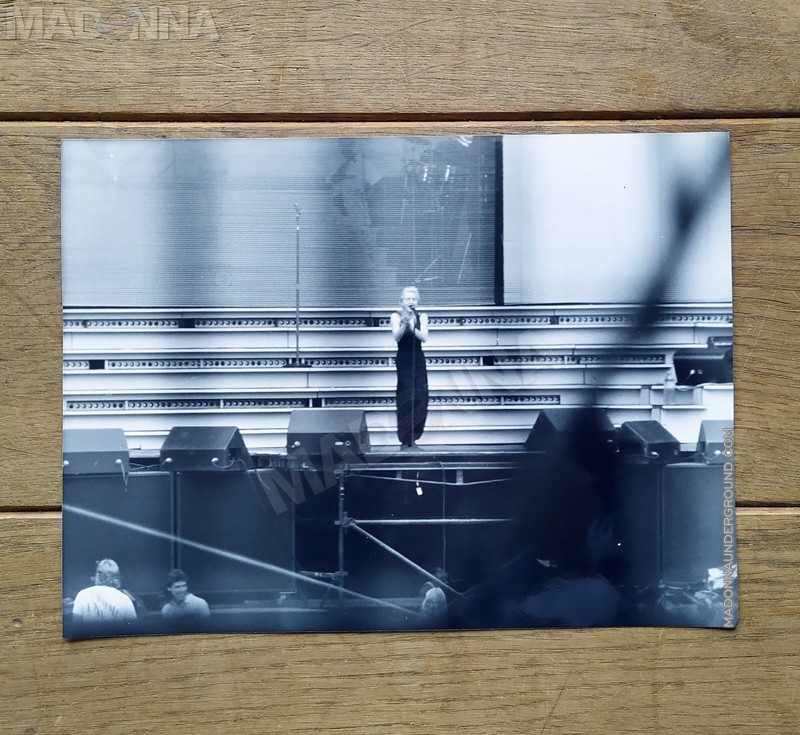 Check out this rare original press photo from Madonna rehearsing during the Who’s That Girl Tour in London. The press photo has a large info sheet on the back with the following details

Superstar Madonna sings into a microphone on stage at Wembley today as checks were made on her powerful sound system during preparations for her first London concert tomorrow. Officials at Wembley Stadium have warned the star, her musicians and sound engineers that the volume must not exceed 98 decibels following concern from local residents about noise levels.