On July 7, 2007 Madonna performed as the final act at the Live Earth Benefit in London.

She performed a brand new song co-produced with Pharrell titled ‘Hey You’ which was used as the theme song of the event. She then performed ‘Ray of Light’, a brand new version of ‘La Isla Bonita/Lela Pala Tute’ with Gogol Bordello and finished the set with ‘Hung Up.’

We have updated and enhanced our photographs of the event, click HERE to view them all. 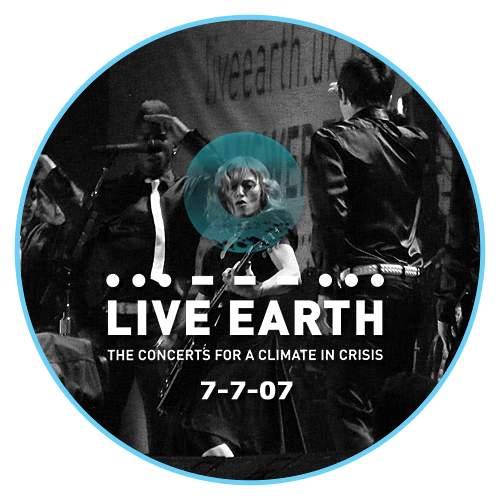