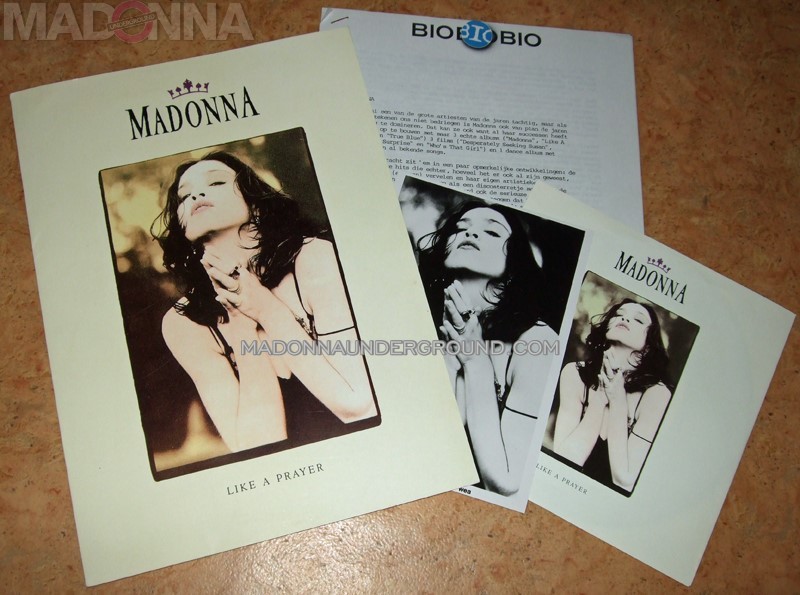 New is our discography for Madonna’s first single off ‘Like a Prayer’ – the title track!

One of Madonna’s signature hits and a worldwide smash. We are all familiar with the withdrawn Pepsi campaign due to the music video (directed by Mary Lambert) that included Madonna dancing in front of burning crosses. Pepsi withdrew their hugely promoted campaign but Madonna got to keep the money.

In this discography we have included 35 different pressings (vinyl, CD, cassette, VHS, presskit). Included is also the extremely rare Dutch withdrawn Pepsi CD promo case by Vrumona (only on MadonnaUnderground!) and a very rarely seen Dutch promotional presskit for the single (pictured). We will include more on the Vrumona Pepsi CD single asap!

Check the discography out now