On this day in 1989 Pepsi announced they had signed a $5 million deal with Madonna. She would be starring in a series of TV commercials and Pepsi would sponsor her upcoming “Like a Prayer World Tour.”

WEA Records in Holland sent out a three-page press release announcing the deal and upcoming news related to the new album “Like a Prayer.” A massive campaign followed in the month of February and various adverts were published in magazines and newspapers. There was even a promotional press pack including a poster and empty CD case announcing the campaign for retailers.

We have managed to collect a lot of these press articles and withdrawn promotional articles. Check out the new ‘Pepsi Campaign’ section in our “Like a Prayer” page HERE 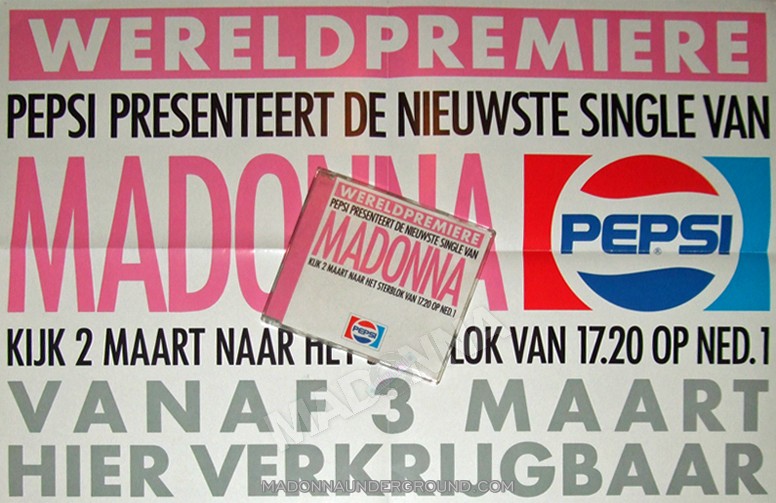