“I still get chills of excitement when I remember my first meeting with him,” Dana said recently. “It was really the first time that I felt that something was happening also outside the borders of Israel, I felt a little international.” 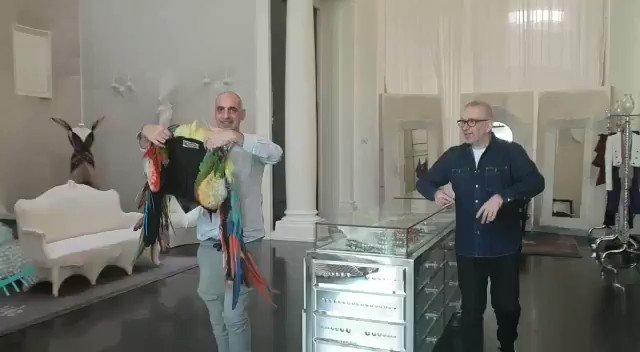 Gaultier also designed the dress French-Indonesian singer Anggun wore at the 2012 contest in Azerbaijan. Gaultier has designed for Madonna for years, including her famed cone bra for her 1990 world tour.
Last week, during Passover, Dana flew to Paris to visit Gaultier’s studio and hold a fitting for two dresses for the upcoming Eurovision – one for the first semi-final, and one for the grand finale. The two looks, according to her PR manager, “are particularly grandiose.”
Gaultier and Dana also collaborated on a photo shoot that will serve as a spread in the Israeli fashion magazine At that will be published next week.
More at JPost
April 29, 2019
Tags: eurovisionJean Paul Gaultier
Share this post
Share on FacebookShare on Facebook TweetShare on Twitter
Go to Top
We use cookies on our website to give you the most relevant experience by remembering your preferences and repeat visits. By clicking “Accept”, you consent to the use of ALL the cookies.
.
Cookie SettingsAccept
Manage cookies