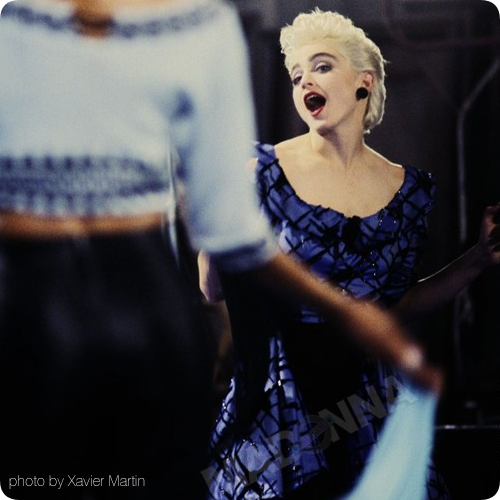 Our team member Fred visited photographer Xavier Martin back in April 2013 for an exclusive interview. Xavier Martin was invited to photograph Madonna on the set of the “True Blue” music video.

He took some legendary photographs of Madonna and got to experience what it was like working with her.

All the photographs of Madonna by Xavier Martin are published here with permission.

-What was your first attraction when it comes to photography ?

It came naturally to me! My father offered a camera to me when I was 12 years old, consequently I started to photograph my family and my friends. I immediately understood that it was what I would like to do later. I had a friend who worked at a photo studio, I accompanied him whenever possible, I learned so much from him. I went to Grace Kelly’s residence and I photographed her while walking her dogs in the streets of Paris (with her permission), this was the moment that started my career. Agency SIPA Press started to diffuse my pictures, I had become a professional photographer! It was just a passion of mine starting out I never thought it would turn commercially

–How did you find your style of photographing?

Initially, I thought I would do fashion photo’s. I love clean monochrome photo’s, natural things. I found my style through hard work but nothing is set in this business as it is always evolving

-Did you have a role model?

Of course, I especially admired David Bailey, fashion photographer for the magazine English “Vogue”  in 60’s/70’s

-With your career dating back to the beginning of the 70’s (Caroline de Monaco, Jacky Kennedy, Jean Paul Belmondo,…) can we say that you were one of the first French ‘paparrazi’?

It’s true that it could be compared to the work of paparazzi, but you must know that at the time the photographs were done in agreement with the celebrity

-You seem to appreciate “improvised” photoshoots (Robert Mitchum 1984, Alvin Ailey 1986, Helmut Berger 1987) is this your trademark?

In fact, what I love above all is the spontaneity! And it’s also a question of synergy, I like to bring my subject to give the best of himself and reveal radiance

-Was there a certain someone/a celebrity that you always wanted to photograph but never got to?

Oh yes, of course … I regret not being able to shoot John Wayne before his death, he was one of my dreams. In music, my biggest regret is without a doubt Michael Jackson, I do not know why there has never been a way to organize this. I would have loved to shoot the Neverland. That would have been absolutely incredible! 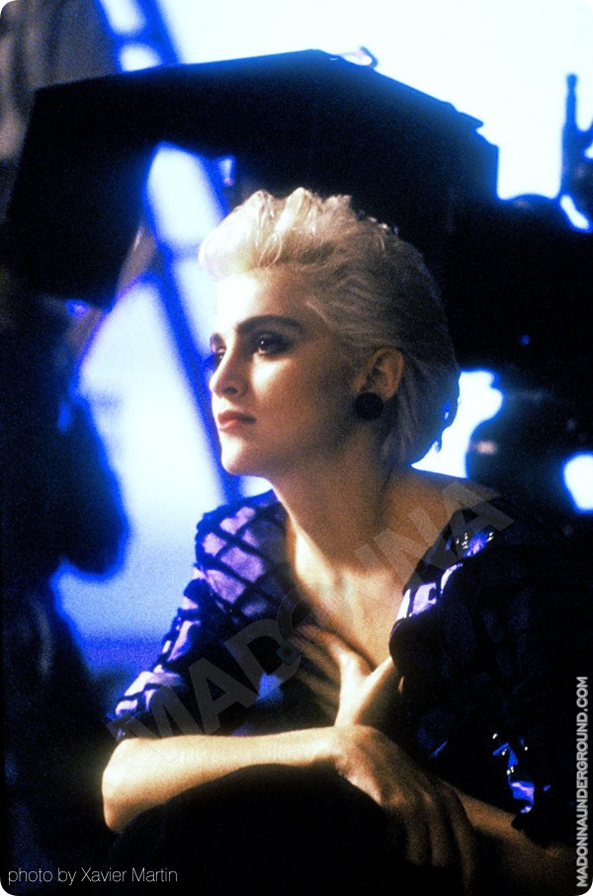 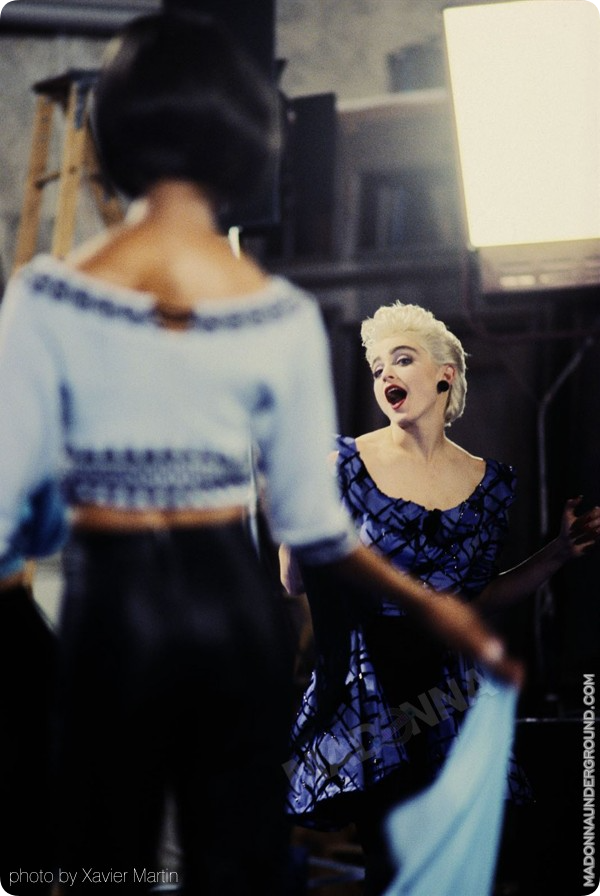 -Were you invited to photograph Madonna?

My agent and me thought that it was time that a magazine such as Paris Match needed to dedicate an article to Madonna. We made an exclusive deal for the cover and a 6-page article

-Was Madonna in charge of the way she wanted to be photographed?

It was Liz Rosenberg who was responsible for all the promotion related to her at that time. We proposed to shoot her during the filming of her “True Blue” music video

-Could you tell us more about how it happened?

We left at the beginning of September in 1986 to spend one week in New York City. Filming took place in the suburbs in a large hangar safe. We had unlimited access to the studio every day during filming

-How was your first meeting?

Liz introduced us, she was a very young mid-Western girl with an accent and chewing gum in her mouth… She greeted us warmly, we offered her a small gift we had brought from France (Chanel perfume.) She thanked us and we started to work

-Did she have any specific instructions?

To be honest, there was no instruction from her. She’s very generous and when she agrees she gives 200%. We were being very discrete because the primary goal was the realization of the music video… We had to stay low and out of the way in order not to obstruct the filming process

But she liked the idea that a photographer was constantly there, she posed as soon as she had the opportunity

-Did Madonna wanted to have the final say in which pictures were approved and which had to be deleted?

Once past security (two big fellows stationed outside the hangar door) we were a part of the team! She put her confidence in us and never tried to tell us what to do. I had full responsibility for managing all of my pictures

-How was the interview?

Very easy-going. She sat down with us in a corner of the studio and gave us the time to answer all of our questions. It was my agent (Denis Taranto) who conducted the interview

-Were there several accredited photographers?

In 1986, there were rarely accredited photographers to shoot behind the scenes of a music video. Especially if we take into account the technical constraints (using the existing hardware in decor and lighting terms.) This photoshoot could not be considered a photo session like classic promotion. Nevertheless, these limits ultimately became an advantage because I was the only photographer hired!

-Did you speak to Madonna? if so, any witty remarks or anything interesting you remember and like to share?

I remember she was very involved in everything…She directed the three dancers and regularly gave them advice for positions and movements, she was particularly attentive to the choreography. She did not hesitate to give her opinion to James Foley (director of the video) she viewed each take with him and even checked the location of the camera’s…

I also remember a day a person in charge of Warner Music France came to the set to give her a Gold Record Award. The album “True Blue” had sold over 100.000 copies in our country in the first week of its release!
(Ndlr : Today the album has surpassed 1.5 million copies in France and 25 million worldwide.) 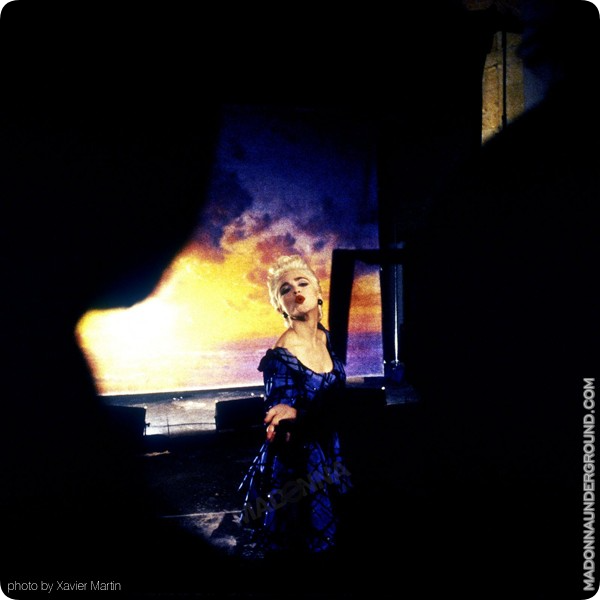 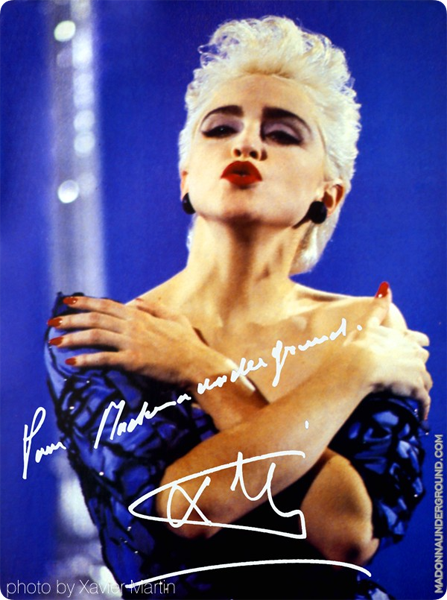 -Were your pictures ever used for publication?

Not really, I distributed my pictures via professional agencies, they manage the rights. As a result I know that they were sold worldwide (Germany, England, United States, Japan,…) but do not know specifically where in the media they were used…

-Have you worked with Madonna again? Would you like to?

Unfortunately I never worked with her again after this experience. I must say that we had a discussion with Paris Match because we had promised a Madonna cover (+ 6 pages) and they changed their cover at the last minute with a photo of Caroline of Monaco! In addition, our article went from six to four pages… Liz then informed us that she wasn’t happy about that.

From here it was really difficult to organize another shoot with Madonna. It’s a shame because I would have liked to do a completely different photo shoot, much more intimate. At home for example, or a series in the studio

-Are there any other shots you thought would be interesting to publish of this shoot?

Oh yes … There are over two-hundred photo’s of this session (he shows me the negatives) and there are no bad shots at all! She’s always perfect in the pictures and sometimes funny and spontaneous, there is a certain spontaneity that I like in this session

-Since almost two years there’s an exhibition dedicated to the first photography sessions of Madonna (“Madonna: In transformational Exhibition”). Is this something you would like to pursue too with other photographers or do you prefer to showcase your own work only?

Of course, this kind of project could be considered. But I also like to present all of my work as I did during the exhibition in the private rooms of the Centre Barclays Premier Avenue George V, Paris (March 2012).
I was presenting the most iconic shots of my career, including the Serge Gainsbourg bathtub pic. There was of course also a picture of my Madonna set included…

I would like to thank Mr. Xavier Martin very warmly for having opened his studio doors to me, for his time and his kindness but also for agreeing to share his archives with me. 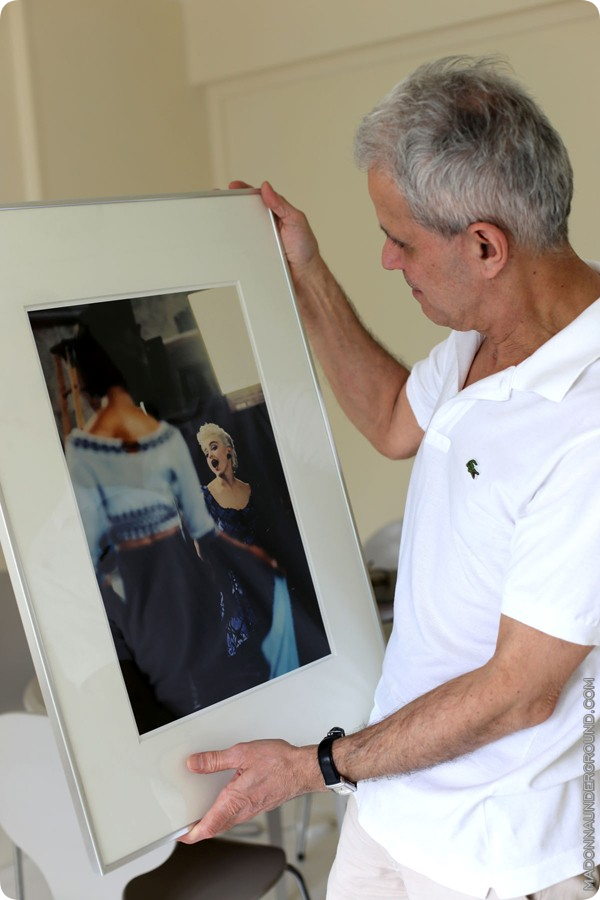 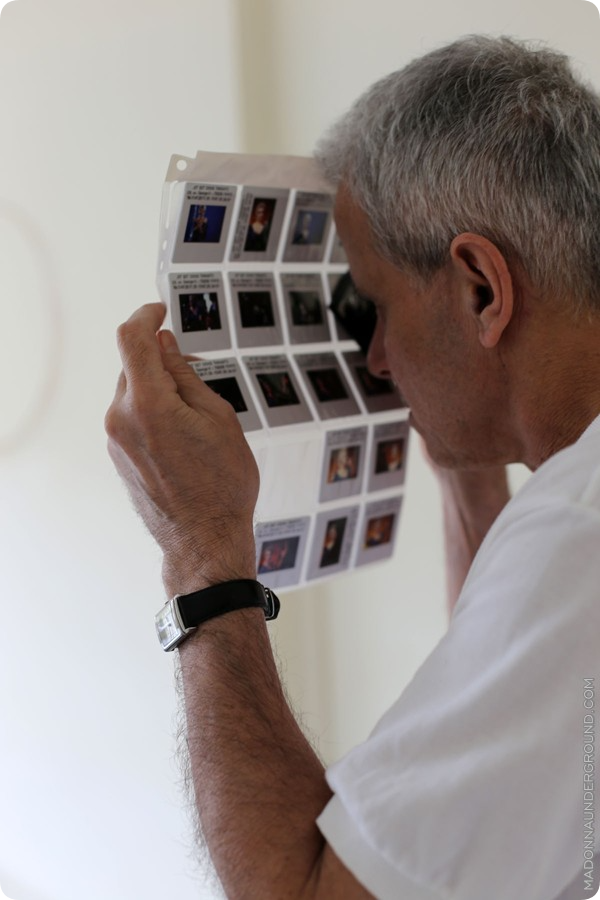 Interview and photo’s of Xavier Martin with Madonna photographs are exclusive to Madonnaunderground.com 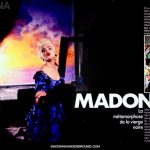 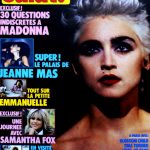 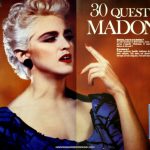 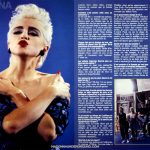 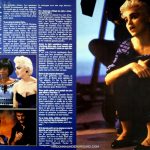 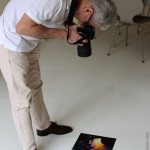