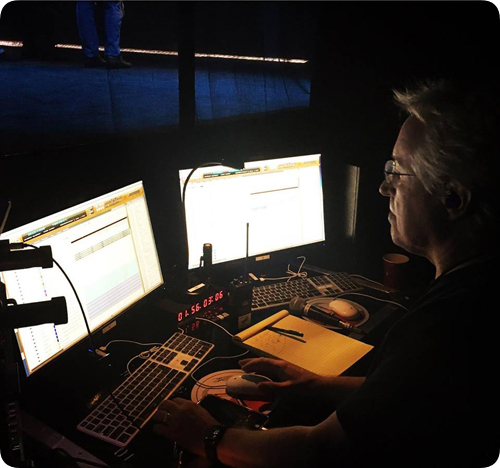 Mike McKnight has been working with Madonna since the early 90s, it all started with the legendary Blond Ambition Tour. He agreed to speak to MadonnaUnderground.com in 2018 regarding his work with Madonna.

Apart from Madonna he has also worked with artists such as Mariah Carey, Michael Jackson, U2, Whitney Houston and toured with Roger Waters. He also writes for Keyboard Magazine.

What can you tell us about the preparation for a tour

Well you need to know the possible setlist in advance so all of the music is prepared and you need to know if there will be different arrangements. Then you need to connect with the other departments (lighting, audio, video and artistic choreography etc) to make sure everyone is on the same page. This usually happens 2-3 before rehearsals begin.

Why didn’t the Bedtime Stories and Ray of Light Tour happen?

Can you tell us about your job as a Musical Director?

Primarily to connect between the pop star and the band plus the other departments.

Secondary but as important translate the insanity of the process calmly to the band.

Finally be a calming influence and shrink to the pop star when it gets nuts..

Tell us about the Blond Ambition Tour

I got the gig because I was friends with a guy that auditioned and didn’t get hired. Patrick Leonard and Madonna hired me because they needed someone with my computer and music skills.

I did that tour with an Atari 1040ST computer with 8MB ram loading floppy disks and A Shitload of 8MB samplers. I was truly making fire with rocks… but there was no other way to do it back then..

It’s easy now, but she expected the same sound then which was challenging to say the least.

They called me in to interview with Patrick Leonard then M.

My interview with M went like this.. can you make this happen? I said yes. I was hired, then realized I was way the fuck over my head but made it happen somehow. 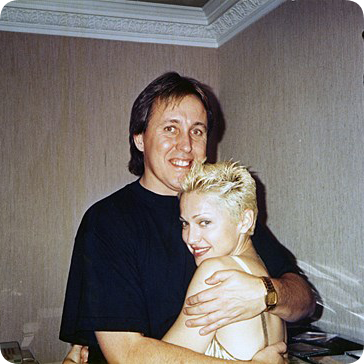