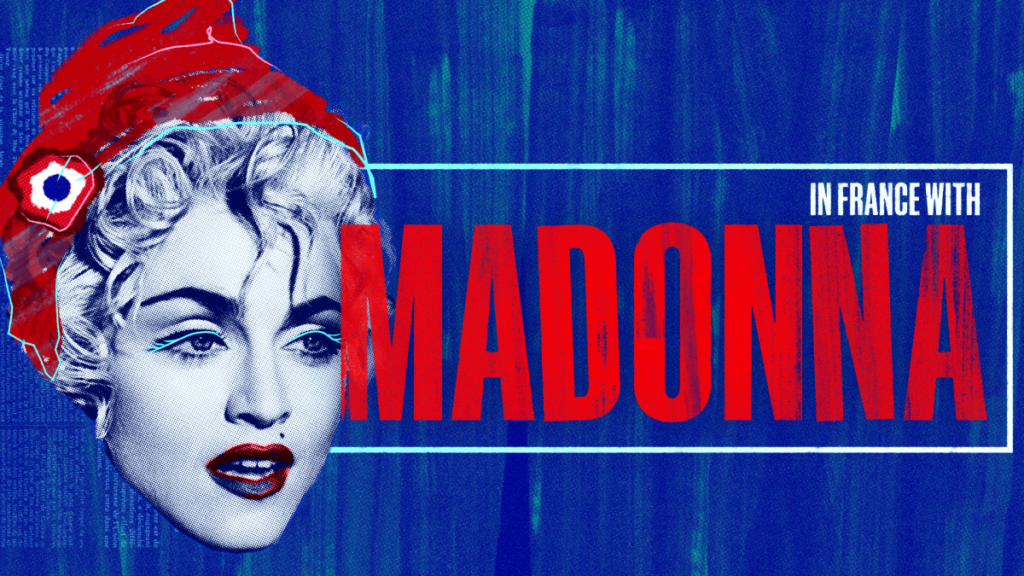 France is at the heart of the planetary star’s life.

Madonna draws from French culture to create her image, is inspired by its values ​​to nourish her provocations and has surrounded herself for many years with French artists to cross all fashions. In the aftermath of the attacks of November 13, 2015, she stands up to support the victims by improvising a concert in the middle of the night on Place de la République.

To celebrate the 40th anniversary of the Queen of Pop’s career, the film looks back on the close and unique bond that unites Madonna to France and offers testimonials from close collaborators and French friends who have contributed to creating her artistic universe. unique (Maripol, Jean Paul Gaultier, Julien d’Ys, Nicolas Huchard, Marion Motin…).

Today’s artists tell us about the extraordinary influence of the icon, a figure of emancipation and a source of inspiration that extends well beyond music (Florence Foresti, Leïla Slimani, Victor Weinsanto, HollySiz… ).