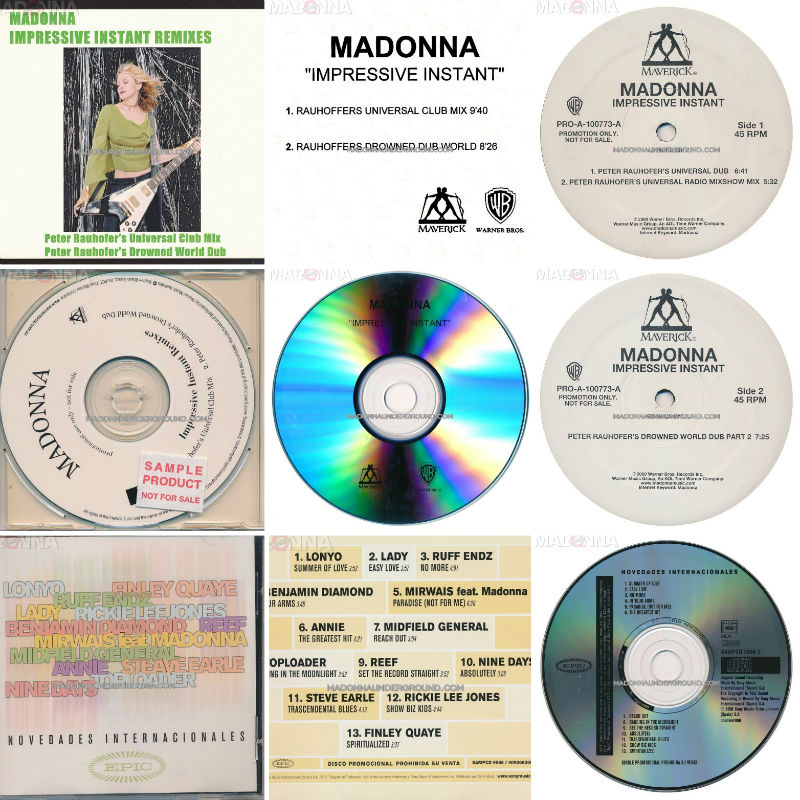 While Madame X is taking up all of our time, we managed to find a few minutes to update our discography with the next promo only items.

Impressive Instant was unfortunately never a single, though it is speculated Madonna wanted it to be. She performed the track on her Drowned World Tour, Music promo tour and planned to include in the Sticky & Sweet Tour but was replaced with ‘Like a Prayer’.

Paradise (Not For Me) was included on Mirwais’ Production album and later on ‘Music’, we have included a Spanish promo sampler that includes the track in the ‘promo only’ section (tab)