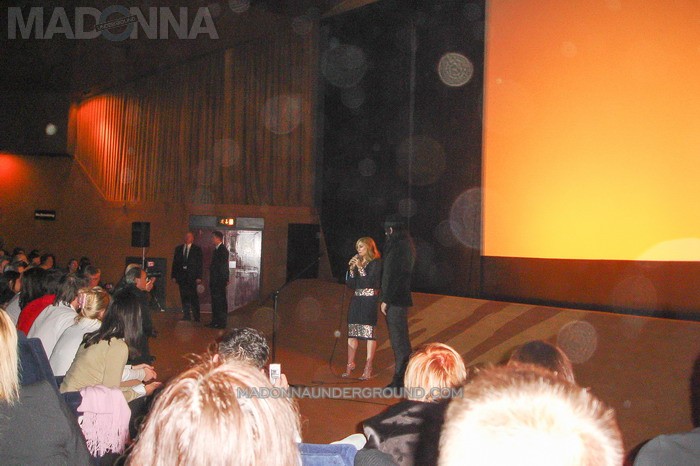 Fifteen years ago I arrived in the early morning hours in a quiet London. This particular November had completely taken over my wallet and my budget was as low as it could be. No fancy train to London for me, nope I had to settle for the Eurolines bus instead. It was really all I could afford. I mean, November HAD been a crazy month thus far. From going to Mannheim to attend Wetten Dass to the Dutch Confessions on a Dance Floor release party, being interviewed on live Dutch TV show ‘Pulse’, to KOKO, Children in Need and G-A-Y in London. If you believe it or not, I still had to work a fulltime job in between Madonna events.

I had only been back for a few days at work when I received a call from Warner Bros offices in London inviting me to the UK premiere of Madonna’s I’m Going To Tell You A Secret film. I was expecting the call after we had been informed about it while waiting for our holy wristbands at KOKO earlier this month. The 200 fans who all queued up outside KOKO received the same call, so we had another Madonna event to look forward to. Looking back on November 2005 I can easily say it was the craziest Madonna-month ever, but probably also the most rewarding.

We took the bus to London late in the evening of November 28 and tried to make it through the next couple of hours. I wasn’t feeling well and thought I was coming down with the flu (when we still only had the common one.) I remember trying to sleep while on the bus, but failing. Seeing bended old ladies with baskets on the side of the road, while actually they were traffic signs. Told you I was coming down with something.

Completely beat we went to our hotel somewhere in Paddington. We got the key to our hotel room but upon entering we stumbled upon unmade beds, clothes and dirty laundry everywhere……the lady at the reception admitted she made a mistake and the room was actually already occupied. We got a new key to a new room and then made our way to Warner offices to pick up our ticket and wristband to tonight’s event. Inside the office they checked our passports with their guestlist and then we received our envelope with our name on it. Staff put the silver wristband on our arms, all the while I was hungrily gazing at the I’m Going To Tell You A Secret posters there.

We met up with friends at the Chelsea Cinema and yup we got to walk the red carpet. I do remember press taking our photo, out of sympathy perhaps. Fans were showing pictures they had taken at either KOKO or G-A-Y to each other and it was such a good feeling to kinda be ‘back home’ (at least that what it felt like.) Inside the cinema more of those glorious posters! When entering the cinema I was asked for my wristband and when the guy saw the silver colour, he directed me to the first three rows. Usually people wouldn’t be happy sitting in the very front rows while watching a movie, but when Madonna would be there, the first rows became the hot seats.

Our seats were decorated with a complimentary I’m Going To Tell You A Secret bag that included Fiji water, crisps and candy. I felt so spoiled, poor old bugger who couldn’t even afford a decent trip to London…..

Gwyneth Paltrow, Stella McCartney, Mel C, kaballah people…..there were a lot of people there, it was packed! A microphone was set up and….all behold the applause exploded because Madonna and Guy Ritchie had just entered the room. Guy Ritchie went up to his seat while Madonna was escorted down the stairs to her faithful followers. I was surprised by the outfit and not too sure if I liked it, it kinda fell flat on her figure. Madonna was joined by director Jonas Akerlund and she got ready to speech. We managed to film a bit of the speech (see video, sorry for the shaky hands) but she spoke of how many hours of film they shot, ending up telling several stories, what the movie was about and that the European title to Truth or Dare ‘In Bed With Madonna’ wasn’t her idea. Madonna was then escorted to her seat so she could watch the movie with us.

I can tell everyone now that I got to see a movie with Madonna y’all!

It was a great little speech and we were so excited to see the full film on a big screen. However in true Madonna style, the film started but had some audio issues. I could just feel her impatience radiating…….thankfully this was quickly fixed and from there we delved into the world of the Re-Invention Tour and kaballah. We laughed, cried, danced, sang along (sorry) and clapped until our hands were raw (not our sugar.) It was amazing seeing this film in full in a cinema with the star present in the same room as us. Amazing experience.

When the movie ended (we were treated to the longer version with the Israel bit in it) we gave a standing ovation while Madonna and Guy (Ritchie) exited the room. I was surprised that she actually had stayed for the entire film. Coughing my brains out I went back to Amsterdam the very next day. It was the end of our crazy Madonna month, thinking it would be a while before we would see her again. If only we’d known the insanely notorious Confessions Tour was upon us…..oh what a time!! 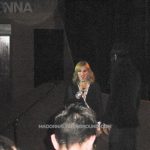 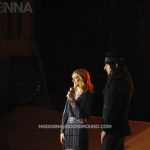 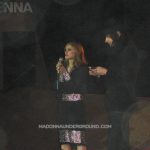 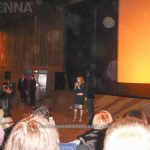 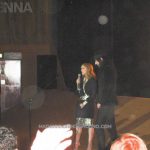 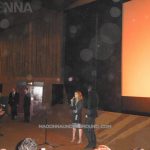 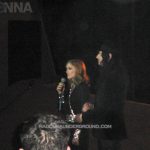 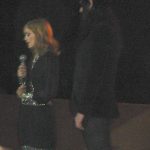 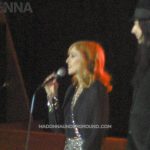 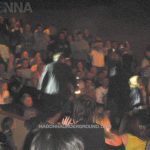 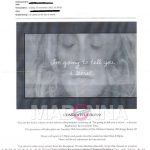 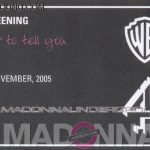 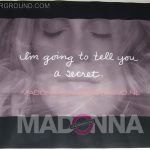