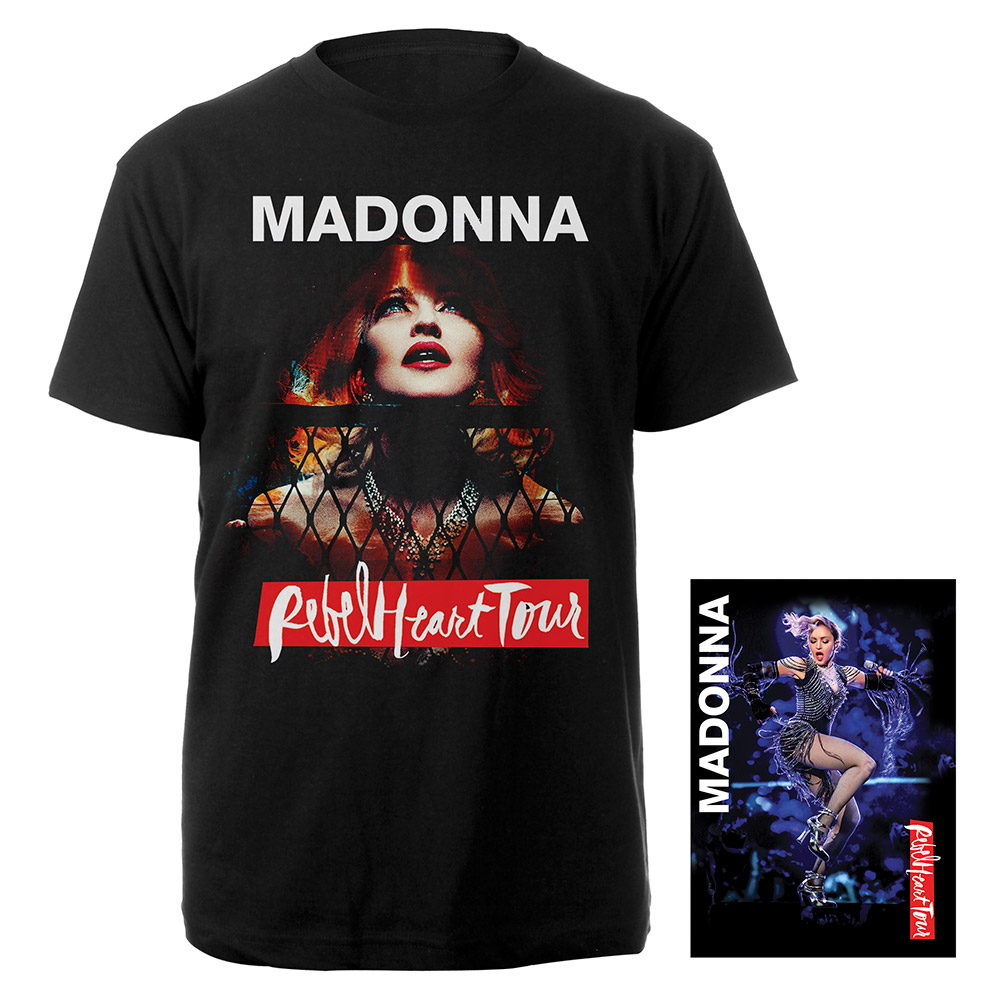 This t-shirt is inspired by Rebel Heart Tour artwork, a full color portrait photo of Madonna on front, with ‘Madonna Rebel Heart Tour’ screened on the underneath. Black 100% cotton

The MADONNA: REBEL HEART TOUR film was recorded around the world and features both live and behind the scenes material, as well as previously unreleased footage culminating with performances at the Qudos Bank Arena in Sydney, Australia in March of 2016. MADONNA: REBEL HEART TOUR is co-directed by Danny Tull and Nathan Rissman, both of whom have worked extensively with Madonna on her feature films and tour movies. A version of the film previously debuted on Showtime in December 2016.

The tracklist for MADONNA: REBEL HEART TOUR film and live concert album span all decades of the iconic superstar’s illustrious career, including songs from her chart-topping Rebel Heart album to classic fan favorites. Of particular note to longtime fans will be the new interpretations of some of Madonna’s timeless hits.