She arrived here to shoot the film Shanghai Surprise, and quickly found herself sought after by fans keen to get her autograph.

Married at the time to actor and Shanghai Surprise co-star Sean Penn, the couple refused all interviews and photograph requests, but intrepid SCMP photographer Sam Chan managed to snap shots of the pair dining in the legendary Godown restaurant in Central. 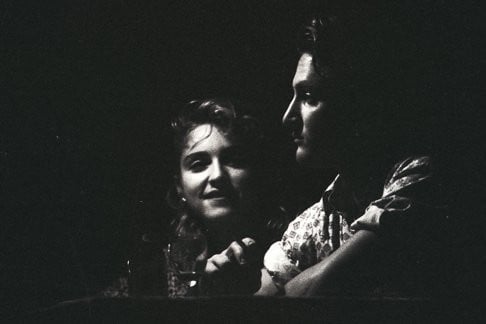 Famous singer Madonna and her actor husband Sean Penn are spotted in the Godown restaurant in Central, in 1986. Photo: Sam Chan

She may have rejected requests for the media’s attention, but Madonna was far more gracious to her fans, who dutifully staked our her hotel and film locations in their search for sightings and an elusive autograph from the material girl.

The photo, along with a framed signature from ‘Madonna Louise Ciccone’ were hung on the walls of the Godown for some years until thieves unceremoniously pinched them in 1990, never to be seen again, despite the posting of a HK$1,000 reward for their return by the venue’s owners. 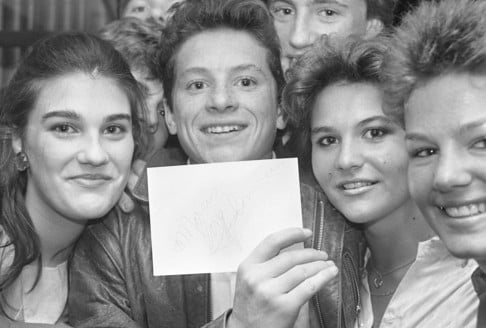 Autograph hunters with the signature

It was the same year Madonna had indicated interest in performing at Hong Kong’s Freedom Festival concert at the Sha Tin race course as part of the global celebration to mark the fall of the Berlin Wall and reunification of Germany.