Lucy O’Brien posits that, in the tradition of the 1970s-style concept album, Ray Of Light is Madonna’s Dark Side Of The Moon 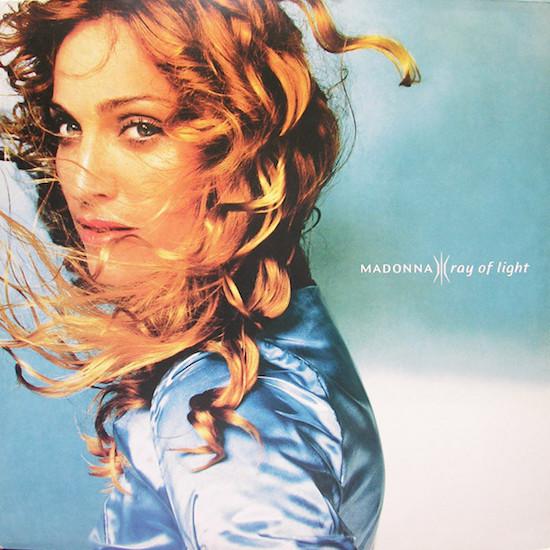 In February 1998 Madonna’s new album was literally a ray of light in stodgy UK charts made moribund by the Britpop comedown (Oasis’ Be Here Now, Stereophonics et al), and industry hits like the Titanic soundtrack. In the US it wasn’t much better, with Celine Dion and Garth Brooks at the top. The only other women on the album chart were Spice Girls, All Saints and Aqua, so unsurprisingly Madonna saw off the competition with aplomb. With its icy electronica and pulsing beats, Ray Of Light appeared as the pick-me-up for rave generation. It marked Madonna’s maturity as an artist, brought the MOJO demographic on board, and signalled to the world that a so-called pop bimbo can break down the barriers of that pop/rock divide.

However, it hadn’t been an easy journey, and despite its sunny title the album is a voyage into the darkness and terror of grief. Like Dark Side Of The Moon, it is an elegiac study of ego, mental disintegration and the fear of death. Pink Floyd’s epic drew on ‘70s psychoanalysis, R D Laing and the divided self, while Ray Of Light captures the 90s zeitgeist with its references to Kabbalah and the subconscious. Dark Side uses the sun and moon as symbols of life and death, while Ray Of Light revolves around the duality of sea and sky. Both albums require the listener to go the whole journey to get the full effect.

The album came at a crucial time for Madonna. After the high octane success of the 1980s, her 1990s were testing and difficult. Slut-shamed over her Sex book and the Erotica album, Madonna engaged in angry attention-seeking exercises like saying “fuck” 13 times on Late Show with David Letterman. She had lost confidence, and the tentative R&B of 1994’s Bedtime Stories felt like marking time. Veering off into musical theatre with the Evita project took her into safe MOR territory, but, ironically, rather than turning her into a 1980s pop has-been, those strenuous theatrical songs sung with a full orchestra gave her voice depth and tone. By then Madonna was in her late 30s and re-evaluating life, casting around for answers in study of Yogic philosophy. The birth of her daughter Lourdes in 1996 knocked out some of that infamous ego, so that when she returned to the studio in 1997 for the Ray Of Light sessions she had discovered a more intense, personal voice than the so-called “Minnie Mouse on helium” of earlier years.