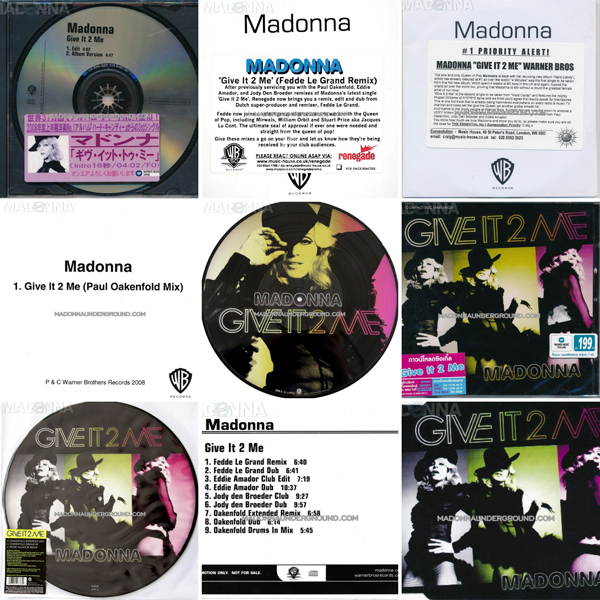 Madonna’s uplifting dance urban collaboration with Pharrell became a huge hit in Holland. It became her second biggest hit to date spending a total of six weeks at the official Dutch Top 40 charts (Hung Up spent 7 weeks at number one)! It was the Summer hit of 2008.

She performed it as the final song on her Sticky & Sweet Tour and later also included it on her MDNA Tour mixed in with ‘Celebration’.

In the discography we have collected 22 different items