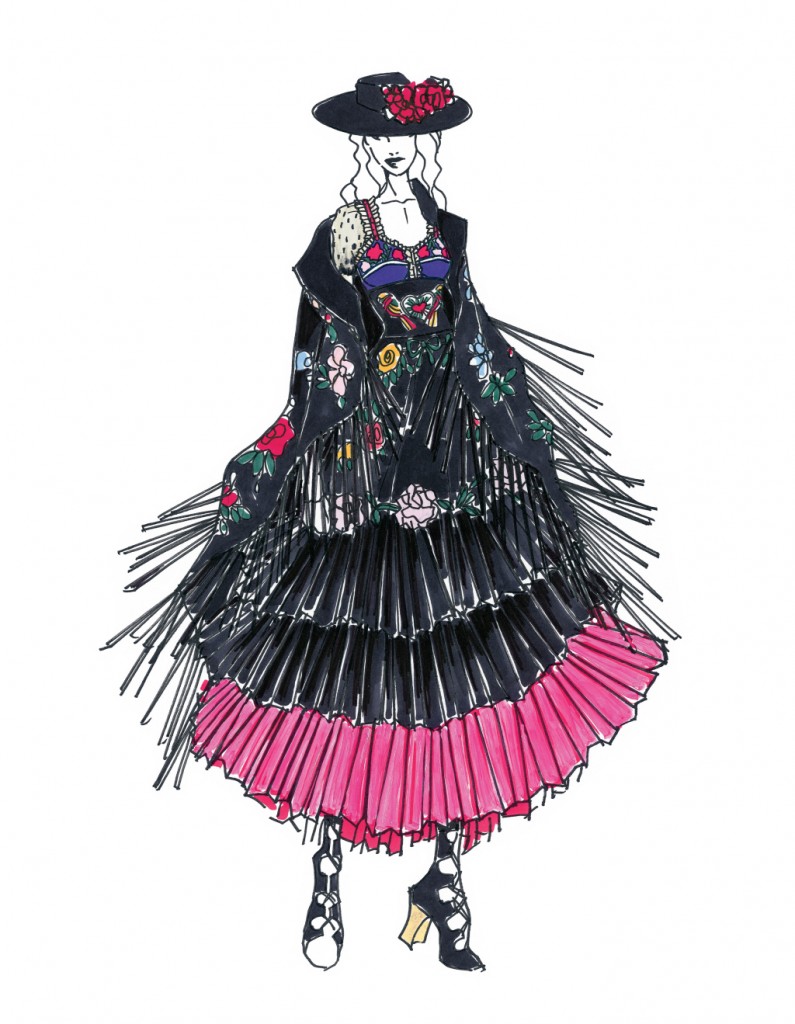 The costume designer Arianne Phillips was in London in late February when she heard through the grapevine about a designer who was just beginning to get people’s attention: Alessandro Michele.

The 42-year-old Roman had just shown two collections in quick succession after his appointment as Gucci creative director and suddenly found himself the toast of the fashion world.

Meanwhile, Phillips, an in-demand costume designer for the movies, a veteran of Tom Ford’s “A Single Man” and an Academy Award nominee for “Walk the Line,” had just started preparing for her biggest project of the year: the months-long, all-consuming head trip known as a Madonna world tour.

In a nice bit of kismet, or a psychic connection, Michele himself was somewhere in Florence working, unprompted, on a gift for Madonna when Phillips reached out to Gucci to contribute costumes to the tour.

“The energy was just out there,” Phillips says.

When Madonna opens her “Rebel Heart” tour on Sept. 9 in Montreal, she will do so in Michele’s Gucci. And Prada and Jeremy Scott’s Moschino and Alexander Wang and Fausto Puglisi. Pop stars “collaborate,” to borrow an overused phrase, with designers all the time, mainly on red-carpet appearances.