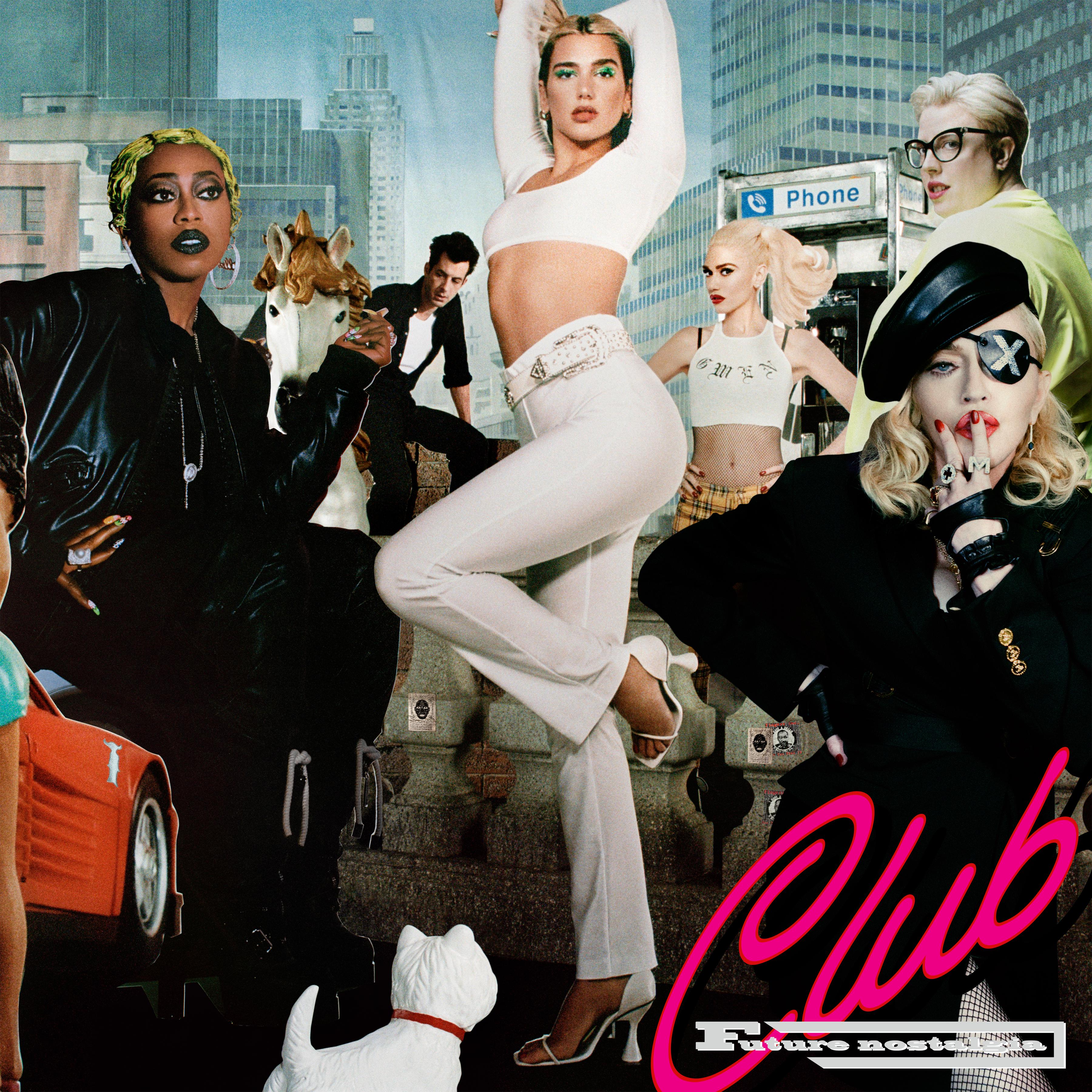 Out today “Club Future Nostalgia” is a stellar collection of brand-new remixes and features from an incredible roll call of superstars, underground heroes and some of the world’s finest dance music talent. Featuring remixers handpicked by The Blessed Madonna, the mixtape also includes classic house and pop samples woven into the mix. Marea Stamper aka The Blessed Madonna is a Kentucky-born, Chicago-adopted and now London-based DJ and producer who has become one of the most celebrated names in global club culture.

The Blessed Madonna has used samples to thread together these remixes, mixing classic pop samples from the likes of Janet Jackson, Neneh Cherry, Gwen Stefani and Jamiroquai, plus phrases from iconic house, soul and disco records, by artists such as Robert Owens, The Art Of Noise, Cajmere, Gaz, Lyn Collins and Larry Heard.

The album also features the recent single “Levitating” feat. Missy Elliott and Madonna, remixed by The Blessed Madonna – watch the video for the single BELOW.

On the creation of “Club Future Nostalgia” Dua says “The last few months have been surreal. I’ve watched you all dance in your homes and on your Zoom parties to Future Nostalgia like you were in the club with me. It brought so much joy to my days spent at home, even though I would’ve much rather been playing these songs live for you all on the road. During this time, I decided to take the party up a notch with the incomparable The Blessed Madonna, who secretly helped me to craft the mixtape that would become “Club Future Nostalgia”. We invited some friends and legends to join in on the fun with us.”

On working on the album, The Blessed Madonna says “When Dua asked me to recreate Future Nostalgia as a DJ style dance mixtape, I was excited because I knew I was being asked to introduce not only myself, but my heroes and sheroes from both pop and club music in a whole new way. The first time I met Dua was at a rave inside Glastonbury and in a way, I am sharing a bit of that special night with all of you too. I was asked to use the very best from underground and mainstream dance music; you may already know Mark Ronson but now you will know Moodymann, Jayda G, Midland and many more. This mix is a story about dance music, pop music and the women who have defined both for generations, like Madonna, Missy Elliott, Janet Jackson, Gwen Stefani and BLACKPINK. My admiration for Dua has only deepened since doing this. She is a brilliant, once in a generation artist and a sweetheart. Being able to make this love letter to her with such a legendary cast of characters is beyond comprehension. Club Future Nostalgia is the dance floor we all so desperately need but can’t quite reach.”

“Club Future Nostalgia” will be available on all DSPs.