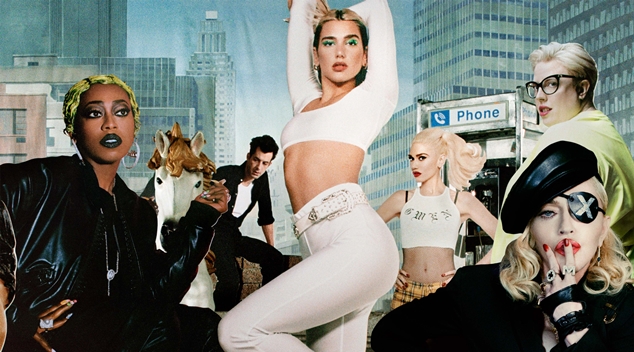 Out Friday 28th August, Club Future Nostalgia is a stellar collection of brand-new remixes and features from an incredible roll call of superstars, underground heroes and some of the world’s finest dance music talent.

Featuring remixers handpicked by The Blessed Madonna, the mixtape also includes classic house and pop samples woven into the mix. Marea Stamper aka The Blessed Madonna is a Kentucky-born, Chicago-adopted and now London-based DJ and producer who has become one of the most celebrated names in global club culture.

The album is an eclectic and euphoric mix of the past and present, a celebration of musical worlds coming together, with 90’s house blending seamlessly with 2020’s finest pop and remixers, a splash of 80’s soul and a few noughties musical gems added to the blend

The Blessed Madonna has used samples to thread together these remixes, mixing classic pop samples from the likes of Neneh Cherry, Gwen Stefani and Jamiroquai, plus phrases from iconic house, soul and disco records, by artists such as Robert Owens, The Art Of Noise, Cajmere, Gaz, Lyn Collins and Larry Heard.

“The last few months have been surreal. I’ve watched you all dance in your homes and on your Zoom parties to Future Nostalgia like you were in the club with me. It brought so much joy to my days spent at home, even though I would’ve much rather been playing these songs live for you all on the road,” Lipa said of the album.

“During this time, I decided to take the party up a notch with the incomparable The Blessed Madonna, who secretly helped me to craft the mixtape that would become “Club Future Nostalgia”. We invited some friends and legends to join in on the fun with us”.

Club Future Nostaglia is out on Friday 28th August.