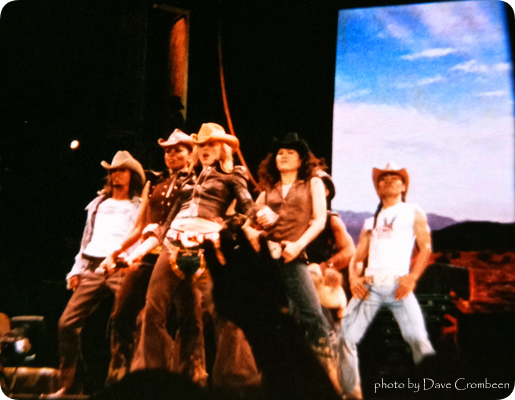 The first rumours started spreading around that Madonna was going on tour. There was some kind of obscure ticket agency already selling packages including hotel (even though the tour wasn’t officially announced yet).. Don’t we all remember those ticket resellers, that’s all we had around that time to visit a concert in a foreign country.

I called my best friend Vincent at his work. I was hysterical and all I could say was ‘please say yes, say yes, you won’t regret it.’ Usually he always needed to know what’s going on, before making a decision, he said yes regardless of knowing what to expect. Give me a few minutes and I’ll call you right back, was my reply. I ordered two standing tickets for Paris Bercy June 30 and phoned my friend again. He was really curious as to why I was so hysterical, and he answered the phone ‘now tell me what’s going on.’ WE ARE GOING TO SEE MADONNA IN PARIS! I shouted. Silence followed… I thought I lost it and that he was pissed or something. The moment he caught his breath he was extremely happy as well as this was going to be his first concert ever.

Now the countdown had started. In the meantime I also took an option for a ticket to see the show in Cologne. Cologne was supposed to host the official launch of the show. That was my absolute dream. This would be my second time seeing M live and to witness the grand opening was someting I could only dream of. On the day I had to pay for the ticket, I received a phone call that the opening was postponed to one week later in Barcelona (writing this 20 years after the tour, I can say she started a new tradition with postponing the first show.)

Well then my only luck was Paris. The waiting was nerve-wrecking but finally we traveled to Paris. I forgot to mention that a few weeks before the show, I got a call from the ticket agency. They could upgrade my tickets for free to 2 x VIP tickets, which were seated. I refused because I wanted standing tickets to be as close to the stage as possible. We had to collect the tickets on the day of the show in the hotel next to Bercy. I didn’t like that idea at all, because I wanted to have the tix in my hand to make sure all was fine. 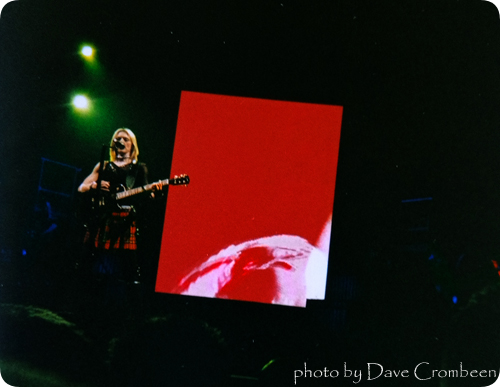 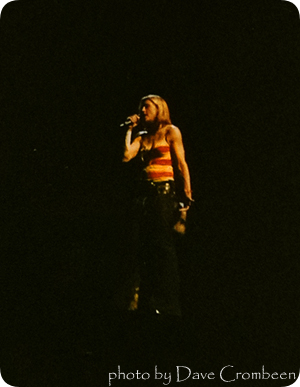 This was going to be my first time in Paris, and we found out that our hotel was nowhere near the center of Paris or Bercy. That didn’t matter to me, as long as the show was taking place, I couldn’t care where we had to sleep. On the day of the show we arrived really early at the venue and started to queue. When we arrived around 5am, we found out that we were not the first ones there. The vibe was really nice and the weather good. So cool to chat with people from all over Europe about our love for Madonna. The moment had come to collect the tickets. I asked my friend to get them. He’s much smaller than me, so I was in a better position to protect our spot in the queue.

After a while (wich seemed to last for hours) I saw him coming back. I asked if he finallly had the tickets so I could relax a little bit. He said yes, but that they changed them from standing to VIP tickets. I completely freaked out, this was a nightmare. Not the tickets I wanted and I had actually refused earlier when offered by them on the phone. People in the queue offered to protect our spot so we could go back to the ticket booth in the hotel. When we arrived there was complete chaos. Many fans had the same issue. I talked to a lady and demanded that they change them back to standing tickets. She said ‘are you sure, last night George Michael was sitting on this chair.’ I demanded the tickets I paid for. She was going to see what she could do. I really could cry, and it took almost 45 minutes before she returned with two standing tickets. During the collecting of the tickets we also met a really cool German guy with his Italian boyfriend. We stayed in touch, and he is still a really good friend.

Back in the queue the vibe was energetic. Everybody was so ready to see Madonna, but we still had to wait many hours. Around 4pm the first buzz came that the doors were going to open “soon”….Everybody stood up and pushed to the front. We had to wait two more hours before the doors actually opened.

Finally we got to go inside and we ran to the front. We were told to sit down on the floor until the show started. That’s actually something I still do, because by sitting down you create more space around you, which is more comfortable than standing shoulder to shoulder without any room to move.

It was incredibly hot inside but the moment Madonna arrived on stage I forgot about that. During the show there was a really nice security guy throwing water over me all the time. Great refreshment. Madonna was magical. This was my second time seeing her live in concert. My first time was the Blond Ambition Tour. I never forget her big smile at the end of La Isla Bonita, when she comes to the edge of the stage to play the last part of her song on guitar in front of the audience (right in front of us.)

After the show I was in heaven, I couldn’t believe what I had been watching. Really loved the show and still do. Outside we said goodbye to our new friends and went clubbing.

Late at night we tried to go back by taxi to the hotel but couldn’t stop one. In the end we jumped on a night bus which went in the correct direction.

The day after we had breakfast and took the train back to Amsterdam.