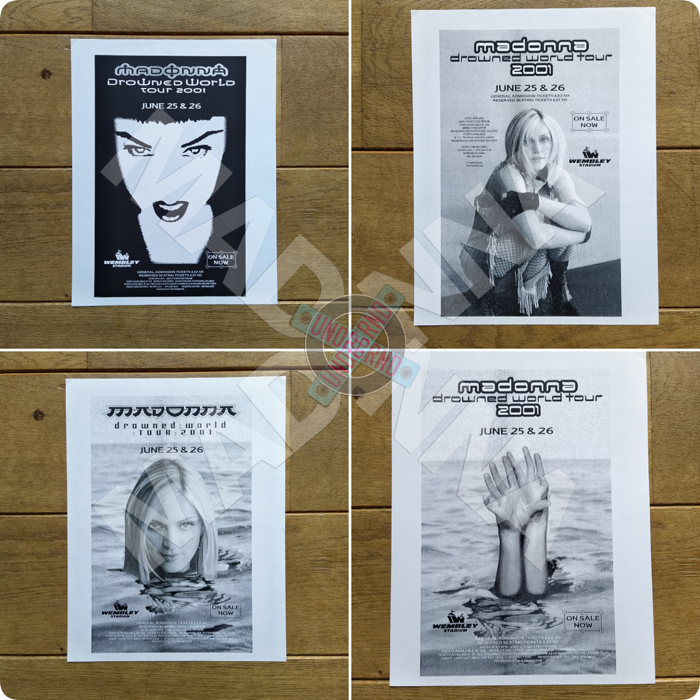 Since it has been 20 years today that Madonna announced she was going on tour for the first time since The Girlie Show in 1993, here is something pretty interesting.

These are four of a set of thirteen in an ad slick exploration for Madonna. Ad slicks are designed to be used for newsprint campaign in major metro areas – USA and overseas.

These thirteen ad slicks are all different, they tried different images and different logo’s mainly borrowing from the photoshoot done for ELLE magazine.

The set was sent for approval to Madonna and gave her the choice which ad would eventually be used to advertise the shows. This particular ad is also included in the package and is the one we all know (same image as used for GHV2 album cover.)

It has been added to our Drowned World Tour page (memorabilia)