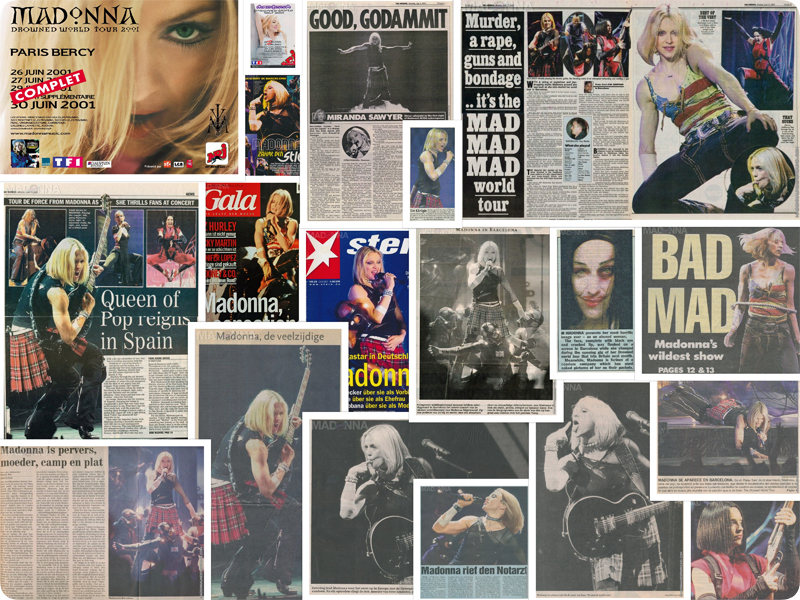 Hey hey it’s the 20th anniversary of the Drowned World Tour!! Can you believe it’s been 20 years since Madonna embarked on her first world tour since The Girlie Show in 1993? Madonna started the world tour on June 9th 2001 at Palau St. Jordi in Barcelona.

We’ve been working on the 20th anniversary of this tour for the website these past few weeks. Let’s kick off this celebration with freshly scanned (all new) media coverage of the tour!

We have added a total of 101 original newspaper and magazine articles for you to view! A guaranteed fantastic trip down memory lane while reading! Click HERE to access our Drowned World Tour page.