Danny Aiello fans are sad to hear the news of the movie star’s passing, taking the time to recognize him for not just his famous roles in films like Do the Right Thing and Moonstruck, but also for his role in Madonna‘s music video for “Papa Don’t Preach.” In the 1986 video, directed by James Foley, Madonna struggles with an internal battle of wanting to tell her father about finding love and getting pregnant, but worries that he’ll disapprove.

Throughout the video, Aiello can be seen interacting with Madonna’s character as a young girl in old home videos, raising her on his own until she grows up and eventually takes over household duties. When she falls in love and gets pregnant, she sings the famous lyrics asking her dad for understanding.

When she finally tells Aiello’s character about the pregnancy, he’s clearly shaken by the news. But after stepping away and thinking about it for a good while, the video concludes with a happy ending: the father and daughter embracing in a hug.

lotta tributes gonna be rolling in but let’s not forget Danny Aiello’s truly, and I don’t use this word often, iconic role in the papa don’t preach music video 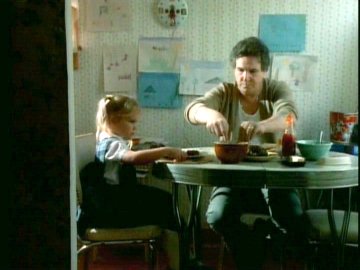 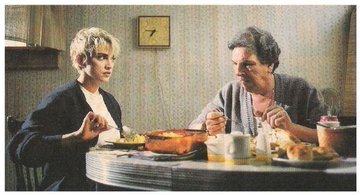 It’s just a music video but this was one of Aiello’s most memorable roles for me. 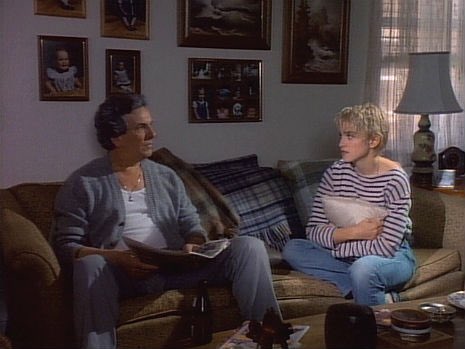 Aiello fans took to social media to remember his role in the iconic video.

“RIP Danny Aiello. Besides his screen work, let’s not forget Papa Don’t Preach,” one Twitter user wrote. “Not kidding. He was great in that video.”

“You know you’re a child of the 80’s (sic) when you see … Danny Aiello has died & know EXACTLY why Papa Don’t Preach is trending. RIP, Papa,” another said.

Aiello died Thursday night at the age of 86, his family reportedly told TMZ. His death was sudden and stemmed from an infection he suffered after being admitted to a medical facility for a sudden illness. He reportedly passed away shortly after his family left the facility after visiting with him on Thursday.

Aiello is best known for his role as pizzeria owner Sal in Spike Lee’s Do the Right Thing, for which he was nominated for the Best Supporting Actor Academy Award as well as the corresponding Golden Globe Award. He’s also well known for his roles in Hudson Hawk, The Purple Rose of Cairo and Moonstruck, where he played Johnny Cammareri — the character who Cher‘s character Loretta was set to marry until she fell for his brother, played by Nicolas Cage.

Aiello is survived by his wife of nearly 65 years, Sandy, as well as children Rick, Jaime and Stacey Aiello. His son, Danny Aiello III, who was a stuntman and actor, died in 2010 of pancreatic cancer.